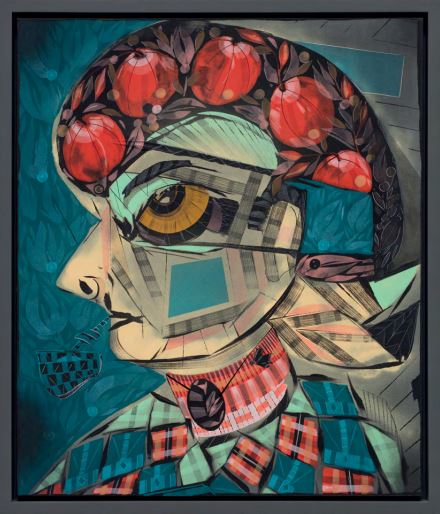 The title of the exhibition is a reference to Mexican popular singer Juan Gabriel, who wittily responded to questions about his sexuality with “Lo que se ve, no se pregunta”, or “If you can see it, don’t question it”. Pittman’s inversion of this sentiment to insist on questioning what we see, reflects his own constant enquiry into what is and is not made visible.

Lo que se ve, se pregunta presents Pittman’s practice with the inclusion of new and recent works and pays special attention to the visual and popular cultures of Latin America that have been a significant and on-going point of reference in Pittman’s practice.

Lari Pittman is a Colombian American artist based in Los Angeles who has been at the forefront of painting in the United States for more than four decades. His painted panels and works on paper are densely layered narratives that articulate the contestation of bodies and the politics of gender, class, and race. Figuration, abstraction, text, and pattern from a range of genres co-exist in fantastical landscapes that respond to political and personal events of the times in which they are produced.