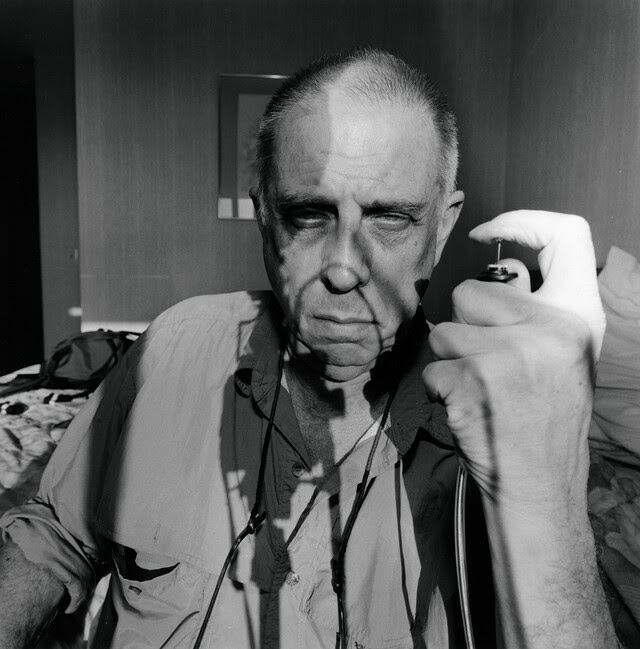 Considered the photographer of the American social landscape, Lee Friedlander (born Aberdeen, Washington, 1934) has travelled across the United States on many occasions, capturing everything he sees. He is, however, more interested in the medium of photography and in producing “a good photograph” than in the social aspects that concerned his predecessors.

Friedlander embarked on his photographic career as barely more than a teenager, during which time he developed a passion for jazz and photography. Following his move to New York, he reached artistic maturity in 1962 with his participation in the group exhibition The Photographer’s Eye.

Friedlander’s career significantly advanced in 1967 when his work was shown alongside that of Garry Winogrand and Diane Arbus in the exhibition New Documents, held at the MoMA. It was curated by John Szarkowski who presented a new and accessible way of understanding documentary photography.

In the 1960s Friedlander produced an important body of photographic work influenced by Eugène Atget, Walker Evans and Robert Frank. Using a 35 mm Leica he took celebrated images such as Philadelphia (1961) and New York (1963) in which he established the bases of what would become the essential characteristics of his work. The use of shadow, reflections in shop windows and a collage-like approach to composition are some of the recurring traits that define this artist’s particular style and the unique voice that speaks through his images.

Friedlander consolidated his artistic language throughout the 1970s and 1980s. While he continued to be interested in American cities and towns he also focused on natural forms and the landscape. Images such as Albuquerque, New Mexico (1972) reveal his capacity to achieve a simultaneously simple and complex image; in its composition the motifs are juxtaposed like a puzzle, with the pieces seemingly fitting together naturally and inevitably and devoid of any artifice. As Nicholas Nixon perfectly summarises in his essay for the catalogue of this exhibition: “Nothing is extraneous. Nothing is missing.”

In the early 1990s Friedlander abandoned his small format camera in favour of a Hasselblad which allowed him to continue working on the themes that interested him but with greater depth of field. As a result, his landscapes now appear to broaden out and encompass the motifs, giving the compositions greater presence and emphasis. Everything is filled with light.

Employing a chronological structure, the exhibition surveys Friedlander’s exceptionally large output with a focus on particular projects such as The American Monument and The Little Screens, while also making different thematic connections. Around 350 photographs (17 from Colecciones Fundación MAPFRE) range from urban and natural landscapes to portraits, self-portraits and family images. The exhibition also includes a group of photographs taken in Spain in the 1960s that have never previously been exhibited. This wide-ranging selection will introduce visitors to the extensive and powerful work of one of the most influential American photographers of the 20th century who continues active today.

The exhibition is produced by Fundación MAFRE and curated by Carlos Gollonet, Chief Curator of Photography from this institution.

Following its closing in Madrid, the exhibition will be shown at C/O Berlin Foundation between August and December 2021.