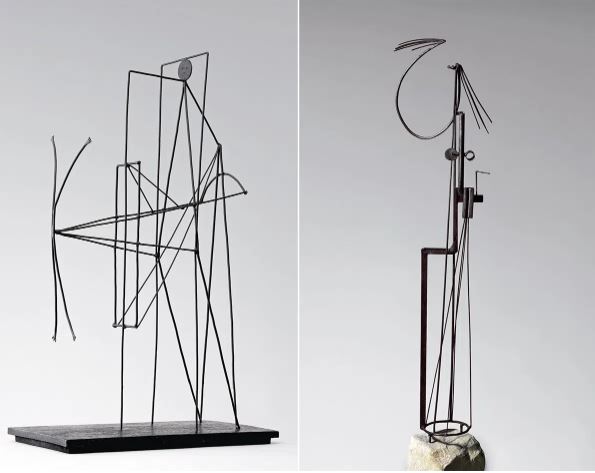 Traditionally, the joint work between Pablo Picasso and Julio González has been considered by art historiography as the moment at which iron sculpture was “invented” and, therefore, the introduction of abstraction into the realm of sculpture. However, and for the first time, the present exhibition shows how this fact, one of the fundamental milestones in the international art of the 20th century, was not an isolated one-off event, but the consequence of a process that, in the words of Tomàs Llorens, curator of the exhibition at the origin of this project, “responded to an impulse of transparency and dematerialization that shook up, in a variety of ways, the artistic creation of the late 1920s and early 1930s”.

Julio González, Pablo Picasso and the dematerialization of sculpture is the last great project of Tomàs Llorens, one of the most brilliant and iconic art historians of our country, who passed away on June 10, 2021. Curated together with his son Boye, this exhibition culminates a line of research to which the historian devoted a major part of his work for much of his career.

Exhibition organized by Fundación MAPFRE with the collaboration of the Musée national Picasso-Paris, the Spanish National Commission for the Commemoration of the 50th Anniversary of the Death of Spanish Artist Pablo Picasso, and the González Administration.

This show is part of the official programme of the Picasso Celebration 1973–2023, supported in Spain by Telefónica as corporate sponsor.