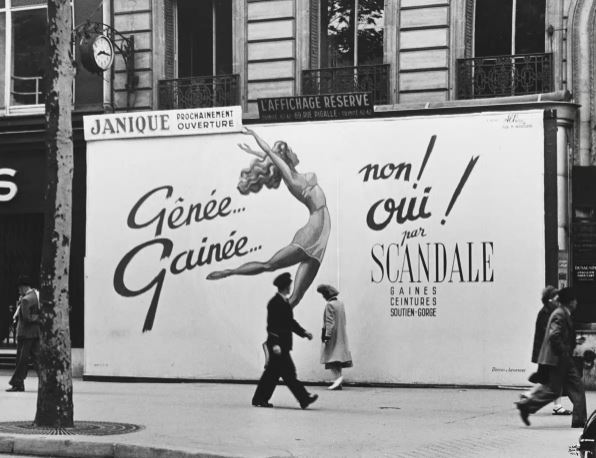 Ilse Bing (Frankfurt, 1899-New York, 1998) was born into a well-off Jewish family. Having discovered her true vocation while preparing the illustrations for her academic thesis, in 1929 she abandoned her university studies in order to focus entirely on photography. The medium would be her chosen form of expression for the following thirty years of her fascinating life and career.

In 1930 Bing moved to Paris where she combined photojournalism with her own more personal work, soon becoming one of the principal representatives of the modernising trends in photography which emerged in the cultural melting pot of Paris during those years. With the advance of the Nazi forces, in 1941 she and her husband, the pianist Konrad Wolff, went into exile in New York. Two decades later the sixty-year-old Bing gave up her photographic activities in order to channel her creativity into the visual arts and poetry until her death in 1998.

Bing’s work cannot be ascribed to any of the movements or tendencies that influenced her. She worked in almost all the artistic genres, from architectural photography to portraiture, self-portraits, images of everyday objects and landscapes. The diversity of styles which she employed reflect her significant and notably individual interpretation of the different cultural trends that she assimilated, from the German Bauhaus and New Objectivity to Parisian Surrealism and the ceaseless dynamism of New York.