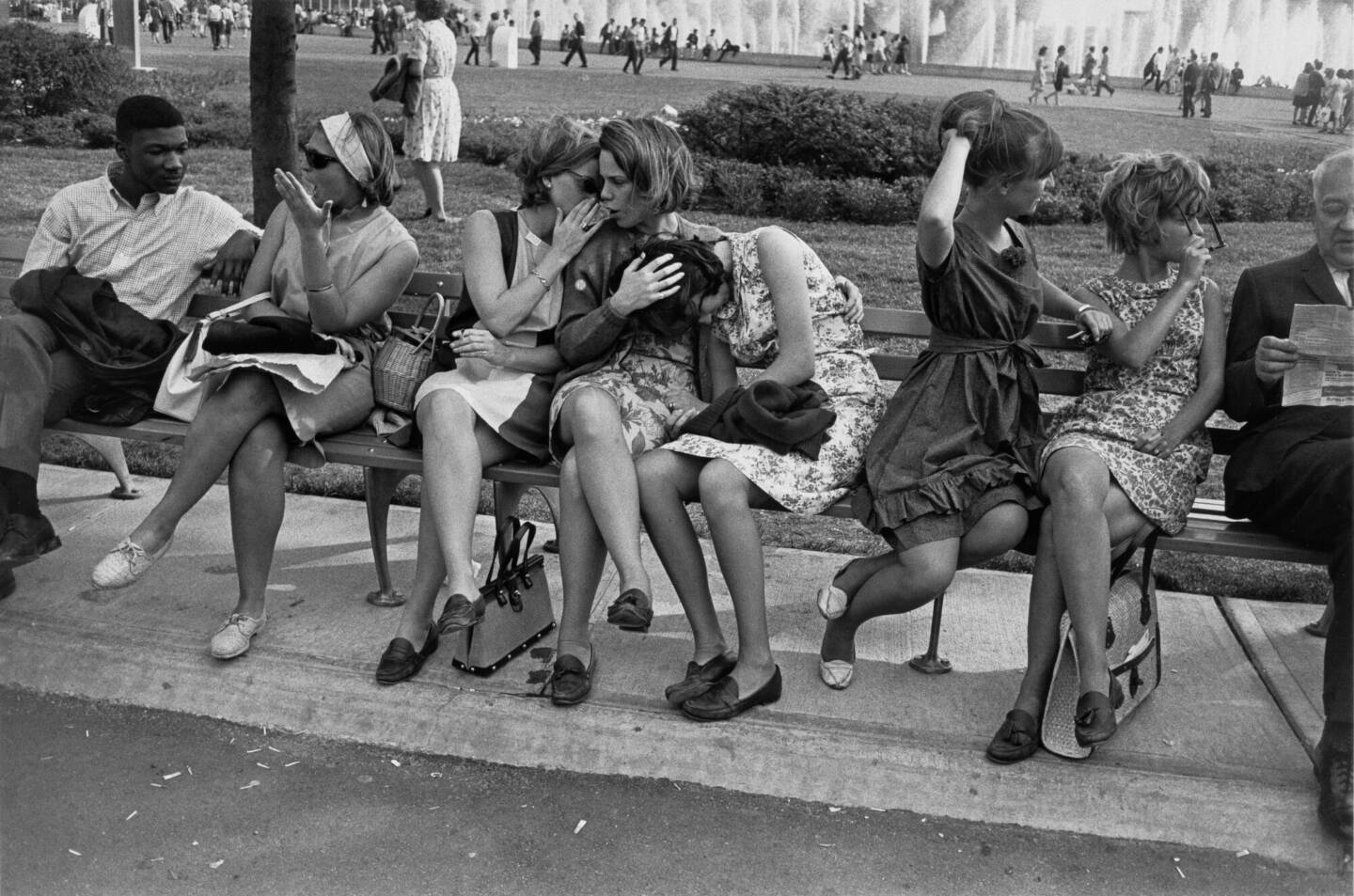 After graduating from high school, Garry Winogrand (New York, 1928 – Tijuana, 1984) enlisted in the United States Air Force and was posted to Texas as a meteorologist. On his return he enrolled at Columbia University to study painting but soon stopped attending classes when he became interested in photography. Winogrand started work as a photojournalist for the Pix Inc. agency which supplied images to illustrated magazines, while from 1954 he received commissions from commercial titles such as Collier’s, Look, Pageant and Sports Illustrated.

At the age of 22, Winogrand left home to devote himself entirely to his new profession: “I was dying to work. To take photos, develop them at night, print them, learn more with every roll of film, discovery after discovery…No university education would have given me what I achieved then,” he said years later.

In 1959 he abandoned commercial work in order to fully devote himself to his career as an artist, which he combined with teaching. In 1973 he moved to Austin, Texas and only returned to New York for visits. In 1978 he was awarded his third Guggenheim fellowship and moved to Los Angeles where he lived for six years. He died in February 1984 at the age of 56.

Winogrand’s work from his final period seems visually simpler than his output from previous phases, with less movement and disorder. Some of his images taken in Los Angeles, for example, avoid large, crowded events and focus entirely on one or two often self-absorbed people.

In 1971 he stopped printing out his photographs as he assumed he would do this when he returned to New York, which he never did. At the time of his death he left behind 4,100 rolls of developed film that was never printed as contact sheets and 2,500 undeveloped rolls.

Although the artist is better known for his work in black and white, from the late 1950s and during the 1960s Winogrand produced more than 45,000 colour slides which represent a little known aspect of his output. The present exhibition offers a chronological presentation of his work in nine sections, including the projection of 152 of these slides. This unique feature is included in the exhibition with the aim of reassessing and casting new light on the career of an artist who was fundamental to the history of photography within the United States and abroad.

The exhibition is completed with a range of documentation, a number of Winogrand`s books and examples of the illustrated press of the period that published some of his most iconic images.

The catalogue that accompanies it, published in Spanish and Catalan, includes reproductions of a selection of works on display, in addition to a principal essay by the project’s curator, Drew Sawyer.

On these same dates, The Brown Sisters by Nicholas Nixon can also be visited at KBr´s Espai 2. The exhibition comprises this series that Nixon began in 1975 and that presents for the first time worldwide the 45 photographs that compose it to date, including the very last one taken in Autumn 2020.