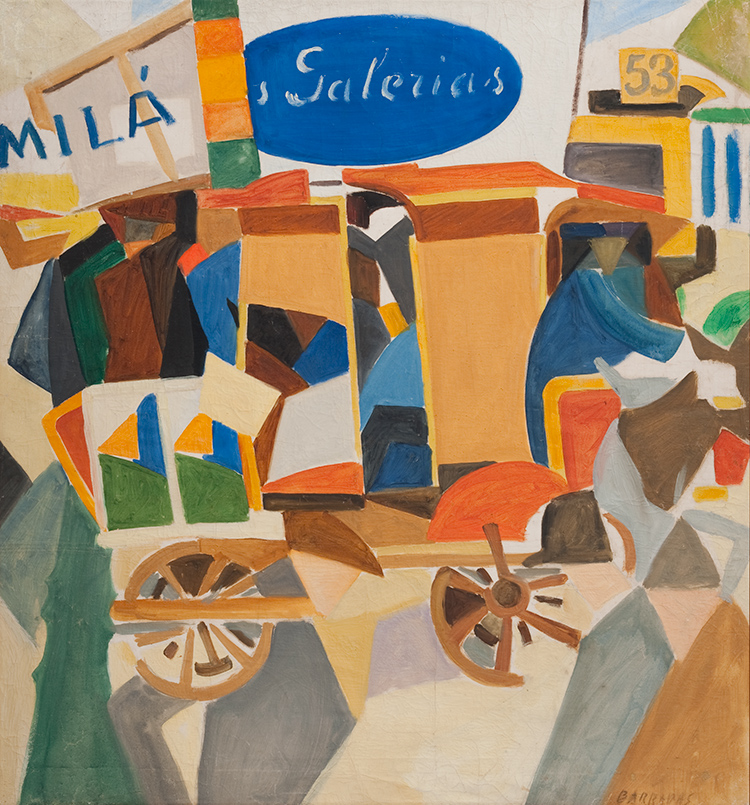 In the light of Malba’s 20th anniversary, the museum presents an anthological exhibition of the great Avant Garde pioneer, Rafael Barradas (Montevideo, 1890-1929). In collaboration with the National Ministry of Education and Culture of Uruguay, the exhibit displays over 130 works, including oil paintings, watercolors and works on paper: bringing together pieces from the National Museum of Visual Arts (MNAV) with other important private and public collections of Montevideo and Buenos Aires.

The show focuses on one of the artist’s most fruitful periods: 1913-1923, when he resided in Barcelona and Madrid. There he laid the foundation for his own esthetic idea: ‘vibrationism’, an ‘-ism’ that was solely and personally his, and consisted of decomposing cityscapes in a geometrical way to capture the modern urban dynamics – following the notions of cubism and futurism.

“At the age of 22, Barradas, reaches his limits in his birth country and has ambitions to learn more about the art produced on the old continent at the beginning of the 20th century to incorporate it into his own vanguard visual language which he named vibrationism”, explains the curator Enrique Aguerre. “We will focus on the years between 1917 and 1921, when he established new approaches to vibrationism and its connections to theater. Even though Barradas experimented throughout his career, this particular period is one of the most relevant for his production.”