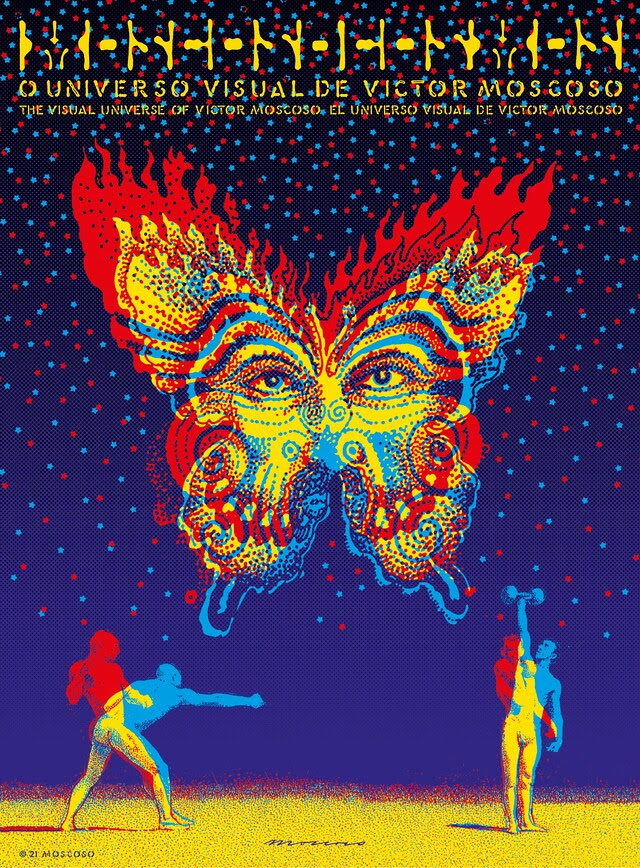 Moscoso Cosmos: The Visual Universe of Victor Moscoso brings to our country a large selection of the work of one of the most original and influential graphic designers of the 20th century. This is his biggest retrospective exhibition so far. The show brings together the renowned series of psychedelic rock posters that he created over eight months in 1966 and 1967, and 14 issues of the underground magazine Zap Comix, which was published over 40 years and featured artists such as Robert Crumb or Rick Griffin; it also includes a selection of posters, album covers, comics, illustrations for books and magazines, animations, and biographical photographs, which complete a journey marked by iconic pictures of the second half of the 20th century.

Alongside Victor Moscoso’s original pieces of graphic art—a large part of which comes from the City of A Coruña’s own collection, Europe’s biggest public collection of works by the artist—the exhibition also showcases his animations, his sensational kinetic posters, and other items that help to understand the artist’s unique contributions and work methodology.

A book is being published to mark the exhibition and Victor Moscoso himself serves as its art director. It features an introduction by New York critic Steven Heller and a biographical essay by David Carballal, who curated the exhibition and wrote the piece after numerous chats with the artist. This is the most extensive monograph published so far on Victor Moscoso. There are some 200 pictures in the book, including catalogued pieces, documents, and biographical photographs.

Moscoso Cosmos: The Visual Universe of Victor Moscoso is a co-production by the Luis Seoane Foundation in A Coruña,  MUSAC in León, and the Niemeyer Center in Avilés, with the collaboration of Acción Cultural Española (AC/E).