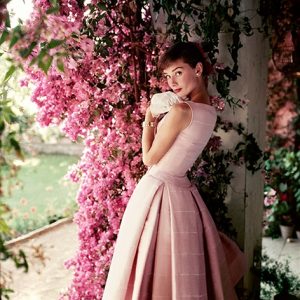 Fundación Barrié hosts, in its Spanish debut, the exhibition Norman Parkinson: Always in Style, showing a generous retrospective of Parkinson’s influential career. It displays 80 photographs reflecting the transformation of female fashion, which contributed to shape the way in which this was communicated to the public for many decades. The exhibition has been curated by Terence Pepper, who was Photography Curator at The National Portrait Gallery, London, for more than 40 years.

Known for his innovative and unique body of work, Norman Parkinson was instrumental in the transformations that took place in 20th-century fashion photography. He developed his own distinctive style throughout his 56-year career, embarking on photography in the 1930s and working continuously until his death in 1990.

His images capture the style of the twentieth century; from pre-war 1930s Britain and the austerity fashions of World War Two, the Parisian New Look of the 1950s and Swinging London in the 1960s, to the glamour and glitz of the 1970s and 80s.

Working ‘outside the box’ and with an unconventional style, Parkinson gained recognition in his early years as he revolutionised photography by moving female models from the static, serious and controlled environment of the photographic studio to real-life locations and exotic surroundings. This dynamic and spontaneous style garnered the attention of numerous fashion magazines, including Harper’s Bazaar, Vogue and Town & Country, which earned him international recognition.

With this exhibition, Barrié Foundation continues its choice of displaying temporary exhibitions dedicated to classic and contemporary photographers, which has led to the exhibition of pictures by great photographers, such as Paul Strand, Arnold Newman, Edward Weston, Alfred Stieglitz, Ansel Adams, Català-Roca, Caio Reisewitz or, more recently, Graciela Iturbide.

While the exhibition is on, Barrié Foundation will organize a series of complementary activities, among them didactic workshops for schools, groups of persons with diverse abilities and families.

The exhibition includes photographs from the different stages of the artist’s career. The 1939 shot of model Pamela Minchin taken in mid-air in a bathing suit from Fortnum & Mason on the Isle of Wight (England) for Harper’s Bazaar exemplifies Parkinson’s daring approach. Parkinson later said of the image “When I pulled that picture out of the soup it confirmed to me for the rest of my life that I had to be a photographer. I was absolutely amazed by the magic of it.”

Between the 1940s and 50s, Parkinson began a long phase of collaboration with Vogue, producing images that suggested a narrative, as we can observe in Young Velvets (Young Velvets, Young Prices, New York, Vogue, 1949), which features four models in hats set against a background of the skyscrapers of New York. Also within this period appear images of his muse and wife Wenda Parkinson, who became one of the leading models of the era.

The 1960s and 70s heralded major lifestyle changes, but Parkinson knew how to keep up by reinventing his style and keeping abreast of the emerging generation of young photographers and models. Through the 1960s, Parkinson continued to spot new faces and began working with the magazine The Queen. In the 1970s, his images helped elevate new models Jerry Hall and Iman to superstar status. During this twenty-year period, Parkinson produced iconic photographs of The Rolling Stones and The Beatles and of fashion designers such as Yves St Laurent, Hubert de Givenchy, Jean Muir and Zandra Rhodes.

The 1980s were marked by the Queen of England awarding Parkinson a C.B.E. (Commander of the British Empire) and by a series of new portraits commissioned for a major retrospective exhibition at The National Portrait Gallery in London.