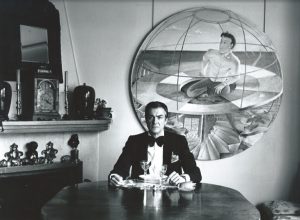 The big bet of 2017 at the Fundació Suñol revolves around the figure of Fernando Vijande, an exhibition that will take up all the showrooms available, including the Nivell Zero. 51 artists will participate on this tour around Vijande’s career, an art dealer and an art gallery director that supported, strengthened and promoted the work of the artists that was shown from the early 1970s to 1986 –the year of his death– at the Galería Vandrés and later at the Galería Vijande.

Josep Suñol took part of that moment in history, which provoked one of the most interesting relationships between art collecting and art galleries’ exhibitions in Spain. From the first day, Fernando Vijande kept an original line, promoting avant-garde movements, but always keeping in mind his own aesthetic criteria and taste rather than the art market tendencies. His position was supported internationally in an exhibition called New Images from Spain showed at The Guggenheim Museum of New York in 1980 in which Vijande had the opportunity to display different artists that had been shown in his galleries. New Images from Spain marked his recognition as an art dealer and art gallery director of international relevance and helped to promote abroad the artists he believed in.

Fernando Vijande and 51 Artists will show works by 51 different artists that were exhibited at his galleries. These pieces will cohabit with recent works by the same artists and documentation from that vibrant and transgressive period. Some of these artists gained international recognition while they were exhibited at Galería Vandrés or Galería Vijande, such as Juan Bordes, Carmen Calvo, Joan Hernández Pijuan, Nino Longobardi, among many others. But at the same time, Vijande brought international artists to Spain like Robert Smith, Robert Mapplethorpe or Andy Warhol, whose works will be shown too.

This project is being organized by the Fundació Suñol in collaboration with José Luis Alexanco, participant of that period and connoisseur of Fernando Vijande’s career.