Fundació Antoni Tàpies: The Fertiliser that Feeds the Soil. Tàpies (1958-88) 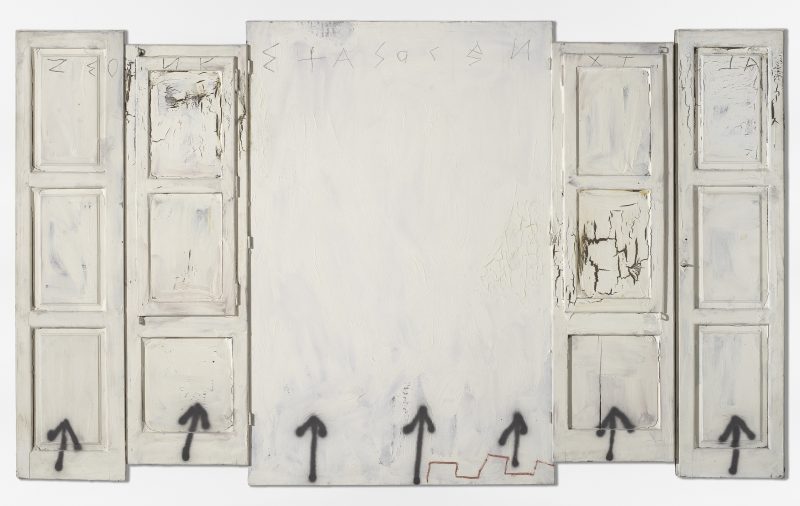 Fundació Antoni Tàpies: The Fertiliser that Feeds the Soil. Tàpies (1958-88)

This exhibition focuses on the period between the late 1950s and the late 1980s, and shows the way the artist moved forward and established connections between his matter paintings, objects and varnishes. Although the opacity of the walls and the humbleness of the objects are in stark contrast with the luminosity of the varnishes, all these works follow the same logic: the revaluation of prime matter, of the natural and ordinary, of all those things that society rejects or hides out of shame, but that for Tàpies are not only endowed with spirituality, but above all are where the origin and the force of life lies, the fertiliser that feeds the soil.

By 1958, Tàpies’ work had already caught the attention of the European and American public. He burst into international artistic circles with the so-called matter paintings, works with opaque surfaces that have the appearance of walls, which marked the beginning of his mature period. These works are a clear example of the spirit of his time. They resonate with phenomena typical of that time, such as the impact of the atomic bomb and the new discoveries in physics, the interest in children’s art and that of the mentally ill, the fascination with the art of so-called primitive peoples – from prehistory to contemporaneity – and attention to those most neglected and poor elements of immediate reality – from graffiti and discarded objects to the rundown, peripheral neighbourhoods that remained outside the rationalising process of urban reconstruction following the Second World War.

Tàpies’ work has often been described as Informalist and abstract. However, these qualifiers are not entirely accurate, given that by the time his art reached maturity, in the late 1950s, both Informalism and Abstract Expressionism were beginning to give way to a new generation of artists who, under the influence of Marcel Duchamp, sought to expand the notion of realism. Tàpies shared these concerns and, in the 1960s, exponentially increased his work with objects, as an extension of the primitivism of the matter paintings, ‘towards everything non-industrial, non-designed or rationalised’. 1

From the late 1970s, more luminous works were added to those with matter and objects, in which varnish, which was not a new material in Tàpies’ artistic practice, became more visible alongside the matter and objects. Varnish is intrinsic to the matter paintings, and Tàpies had already used it as a base for marble dust, sand, pigments and other materials, but it now takes centre stage, offering a transparency that is in stark contrast with the opacity of the walls. He continues to use varnish to represent images of body parts or physiological functions that are considered unpleasant and repulsive.

There is undoubtedly a spiritual aspect to all of Tàpies ’work. In valuing the simplest materials – straw, dust, a wooden drawer, the least attractive body parts – he takes the first steps towards enlightenment: the so-called purgative way 2, which analyses what is most perverse in the individual and in society. The repulsive elements in his work seek to awaken the viewers’ consciousness, to stir our spirit, so that art becomes a fertiliser of knowledge and a critical spirit.