Fundació Antoni Tàpies: Tekla Aslanishvili, “A State in A State” 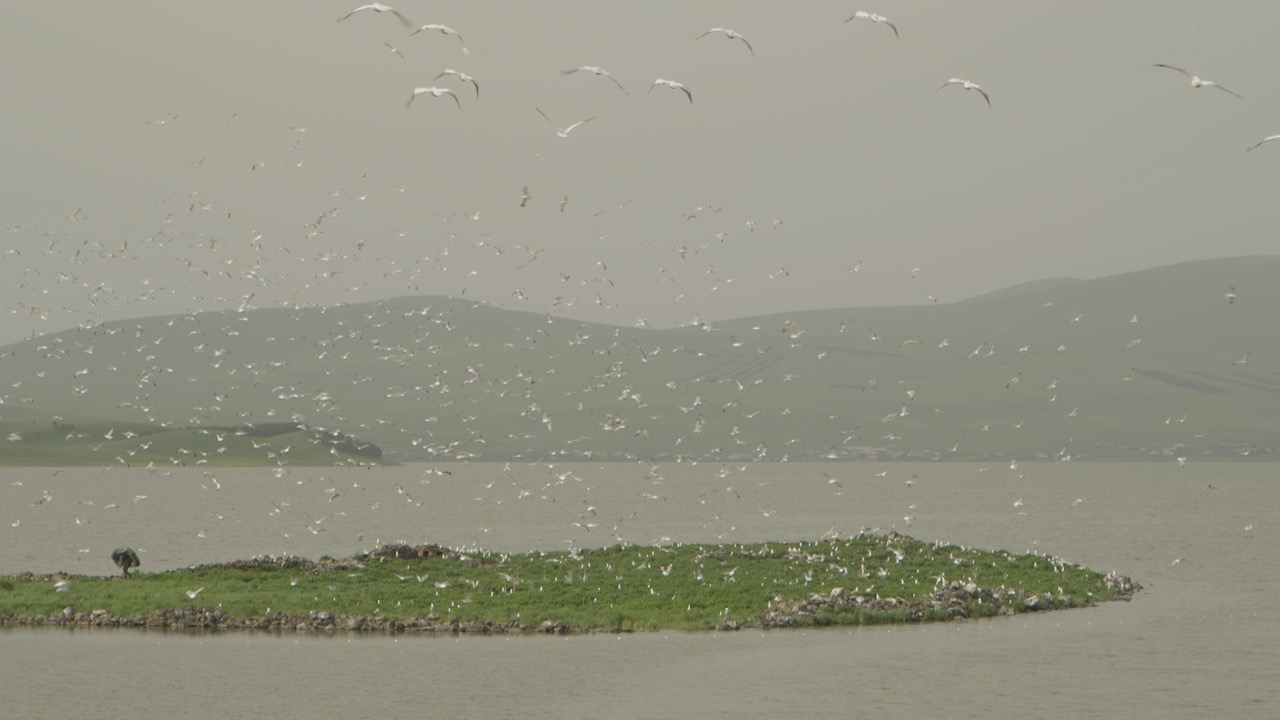 Credits: The film is developed in artistic-scientific collaboration with Dr. Evelina Gambino, Margaret Tyler Research Fellow in Geography at Girton College, University of Cambridge.
Produced by the Han Nefkens Foundation and supported by the Berlin Senate Department for Culture and Europe.

Fundació Antoni Tàpies: Tekla Aslanishvili, “A State in A State”

A State in a State is an experimental documentary film that follows the processes of construction, disruption, and fragmentation of railroads in the South Caucasus and Caspian regions. It examines railways as the technical materialization of the fragile political borders that have reemerged after the collapse of the Soviet Union.

Revolving around the scenes of delay and waiting that constitute cargo mobility, the film reads the optimistic narratives about the New Silk Road against the grain. It observes how the iron foundation of connectivity between places and people can be used as a weapon of exclusion and geopolitical sabotage.

Dotting the same lines, other forms of sabotage are deployed by workers to disrupt the political violence. Looking at historic and current practices of resistance A State in a State explores the potential of railroads for building a different, infrastructural consciousness and the lasting, transnational, kinship among the people who live and work around them.

Tekla Aslanishvili (b. Tbilisi, 1988) is an artist, filmmaker and essayist based between erlin and Tbilisi. Her works emerge at the intersection of infrastructural design, history and geopolitics.

She is a 2018–2019 Digital Earth fellow, the nominee for Ars-Viva Art prize 2021 and the recipient of the Han Nefkens Foundation – Fundació Antoni Tàpies Video Art Production Grant 2020.