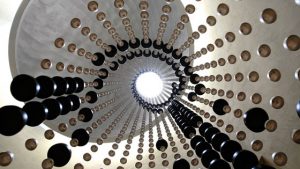 To: Seattle | Subject: Personal embraces the idea that a museum and its collection are living entities in constant transformation. The exhibition brings together a selection of works of contemporary art acquired by the Board of Trustees of the Frye Art Museum between 2009 and 2016 during the directorship of Jo-Anne Birnie Danzker. In this period, the Frye collected works by international and Seattle-based artists. These include significant works commissioned by the Frye Art Museum in conjunction with exhibitions of artists and artist collectives. To: Seattle | Subject: Personal reflects artistic practice in the first decades of the twenty-first century.

Curated by Jo-Anne Birnie Danzker, To: Seattle | Subject: Personal continues the Frye Art Museum’s inquiry into the role of the museum in the twenty-first century, in which the museum spills into the city; supports artistic production as well as exhibits it; and is committed to a multiplicity of voices, including those of citizen- and artist-curators.