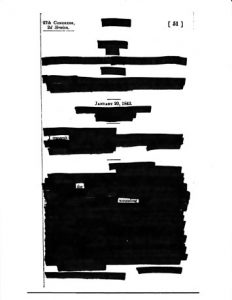 His first museum solo exhibition, Seattle-based poet Quenton Baker creates an immersive text environment exploring the wake of the 1841 slave revolt aboard the brig Creole. The exhibition draws on an in-process collection of poems that amplify a sense of loss or un-speakability within fragmented historical narratives.

Quenton Baker’s poetry focuses on how black interiority functions under the constraints of an anti-black society. His exhibition at the Frye Art Museum will be an outgrowth of an in-process collection of poems that examines the 1841 slave revolt aboard the brig Creole, using the event as a kaleidoscopic lens through which to consider the position of blackness and the ongoing afterlife of slavery.

The Creole revolt occurred when a group of enslaved persons, led by Madison Washington, commandeered the ship en route from Virginia to Louisiana, and steered it toward the British island of Nassau. Britain abolished slavery in 1833, meaning that no authority could be exercised over any of the enslaved who landed on English soil, and 135 people gained their freedom as a result. It is the only successful large-scale revolt involving U.S.-born enslaved people in American history.

Baker’s book project is a combination of erasure poems—made using pages from the Senate document detailing the Creole case—and poems in invented form that look at what some black writers and thinkers call “the long memory” or the “long utterance” of blackness. What started out as strictly a historical, research-based endeavor has taken on personal dimensions as the project draws connections between enslaved people’s survival techniques and contemporary coping mechanisms employed by the artist and his loved ones.

Moving from the intimate scale of the page to the immersive potentialities of the gallery space, Baker’s installation at the Frye will take the form of a layered text-and-image environment that amplifies a sense of oscillation between legibility and illegibility, and of loss or un-speakability within fragmented historical narratives. The ballast that was used to offset the weight of human cargo aboard slave ships serves as a symbol of this “echoing in the break”—a mute and yet charged negative image that throws into high relief the complex humanity of its absent counterpart.

Quenton Baker is a poet and educator born and raised in Seattle. His work has appeared in Jubilat, Vinyl, Apogee, Poetry Northwest, The James Franco Review, and Cura and in the anthologies Measure for Measure: An Anthology of Poetic Meters and It Was Written: Poetry Inspired by Hip-Hop. He has an MFA in Poetry from the University of Southern Maine and is a two-time Pushcart Prize nominee. He is a 2017 Jack Straw Fellow and a former Made at Hugo House fellow, as well as the recipient of the Arts Innovator Award from Artist Trust. He is the author of This Glittering Republic (Willow Books, 2016).

Baker received the 2016 James W. Ray Venture Project Award, which is funded by the Raynier Institute & Foundation through the Frye Art Museum | Artist Trust Consortium. The award supports and advances the creative work of outstanding artists living and working in Washington State and culminates in a presentation at the Frye Art Museum.