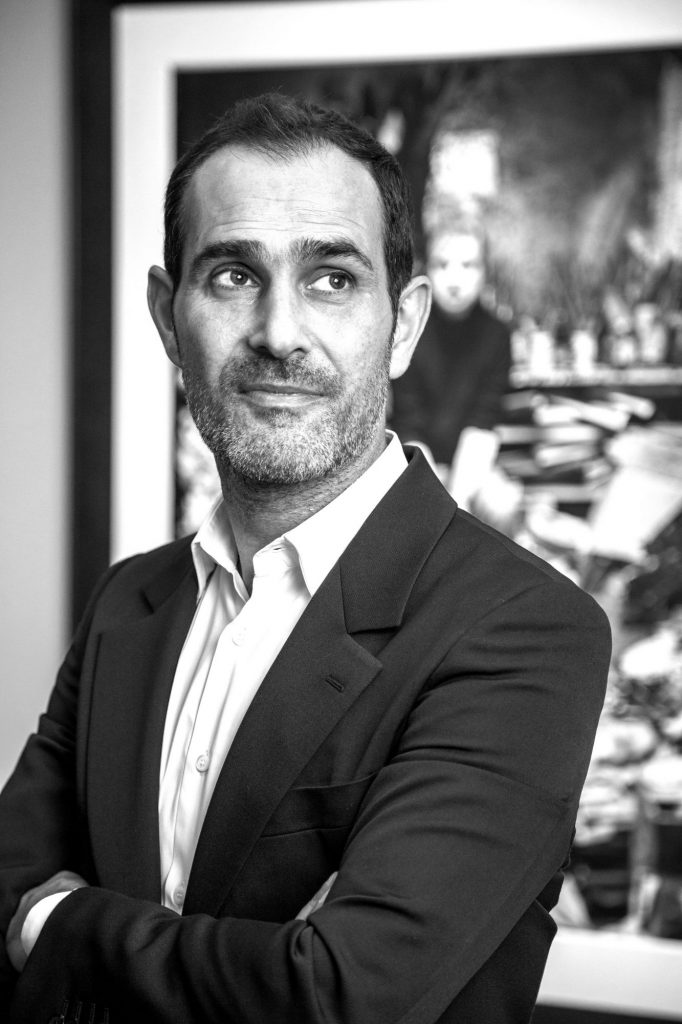 The trigger that led to the creation of your Foundation seems remarkable to us; it was the encounter with a work by Bacon and the emotion that followed that put you on this long but passionate path of creating a Foundation. Could you elaborate on that?

My first encounter with Francis Bacon’s oeuvre goes back to my academic years in London in the early 1990s. During a visit to the Tate Gallery, I was confronted with Bacon’s enigmatic triptych, Three Studies for Figures at the Base of a Crucifixion (1944), which challenged interpretation and triggered in me the need to explore his world. My immersion into the artist’s work, life and creative process began in those years. I discovered early on in my reading that Bacon started visiting Monaco at the dawn of the 1940s. The Principality became his main residence from July 1946 to the early 1950s. Throughout his life he frequently returned to Monaco and the French Riviera with his family, lovers and circle of friends.

Contemplating Bacon’s attachment to and fascination with Monaco, and after having studied the poignant, timeless work of the British painter for a number of years, I started to dream of a concrete project in his memory. Subsequently the creation of a Foundation in Monaco, dedicated to this singular artist, seemed obvious to me. In 2010 I initiated the project thanks to the pivotal support of H.S.H. Prince Albert II of Monaco and the Monegasque authorities. The Estate of Francis Bacon encouraged this unique initiative and Martin Harrison, editor of the artist’s catalogue raisonné, is on the Foundation’s board. On 28 October 2014, the anniversary of the painter’s birth, the Francis Bacon MB Art Foundation was inaugurated by the Sovereign.

Monaco was a central point in the life and work of Bacon. Is your Foundation more particularly connected to this?

Bacon had resided in the Principality for four years and continued to visit Monaco until the end of his life. It was there that in the late 1940s he began to concentrate on the representation of the human form, a decisive step that would lead him to be recognised as one of the major figurative artists of the post-war period. It was also in Monaco that Bacon embarked on his papal figures (mainly inspired by the Velázquez’ Portrait of Pope Innocent X), his series of heads, and initiated new working practices.

Our Foundation is dedicated to promoting a deeper understanding of the work, life and creative process of Francis Bacon worldwide. It endeavours to show, through its archives, the very close links connecting the British artist with Monaco and France.

Are you looking to expand your collection or do you think you are more specifically a research centre and initiator of exhibitions?

I have set up an acquisitions policy to regularly enhance my collection (the MB Art Collection) with new items, in order to offer an essential tool for researchers.
Among our various missions, we support research on the artist, publish books on Bacon and take part in the organisation of exhibitions.

On this subject, you initiated the remarkable exhibition “Bacon” in Monaco in 2016, which allowed us to discover a certain number of Bacon’s works rarely or never unveiled, staged in subdued lighting emphasising the light of the paintings.
How did you achieve this feat?

The creation of the Francis Bacon MB Art Foundation in October 2014 undoubtedly steered the choice of the Grimaldi Forum towards Francis Bacon for that summer exhibition of 2016 which they organised under the auspices of our Foundation. We naturally participated in the preparation of this exhibition, both through giving advice and by lending paintings and photographs from my collection. The success of this show is also due to Martin Harrison, the exhibition’s curator, as well as to the entire team of the Grimaldi Forum.

What are the Foundation’s links with the Estate of Francis Bacon in London, the trustees of the painter’s heritage?

We regularly work with The Estate of Francis Bacon and collaborate on certain research or editorial projects.

In general, how do you relate to other foundations, museums, universities?

Since our opening in 2014, we have established many links with local and international institutions, such as the Grimaldi Forum, the Fabre museum in Montpellier, the Guggenheim Bilbao, Tate Liverpool, the Beyeler Foundation in Basel, the Condé museum in Chantilly….
As part of its various scholarship programmes, in 2016 the Foundation entered into a partnership with the École du Louvre, with which it undertook to allocate a research scholarship every four years to a postgraduate who is undertaking a PhD thesis on Francis Bacon, or whose PhD thesis has a direct link with the British artist.
We have also established a partnership with the Villa Arson, with whom the Foundation is committed, from this year, to awarding a scholarship every two years to an artist who has graduated from Villa Arson with the national diploma of advanced artistic expression. This financial support will provide crucial help for the young artists at the beginning of their professional life and artistic career.

The visit to your Foundation can only be done a drop at a time, the privileged visitor being entitled to a guided tour. Do you plan, in the course of your success, to open your Foundation more or remain with this exclusive formula?

When I initiated the project of a Bacon foundation in Monaco, I wanted to create a study and research centre, but also an institution open to the public. The Foundation is open to researchers, and to the public throughout the year, by appointment only. It provides a singular way for visitors to immerse themselves in Bacon’s oeuvre, by offering them a free guided tour lasting an hour and half through which they can discover about one hundred pieces of my collection.
I do not think I will abandon this principle because I wish to maintain this harmonious balance between the opening of our institution to art historians and its opening to the public.

What are the projects which you would like to let us know about?

Among our recent projects, we have just completed the re-edition of the Foundation’s book, which has been expanded with additional texts, testimonies and photographs.
We have also conducted a series of filmed interviews about Bacon with artists, photographers and friends of the painter, which will be accessible by the end of the year on the Foundation’s website.
Finally, we are considering changing the Foundation’s scenography for the beginning of 2018.