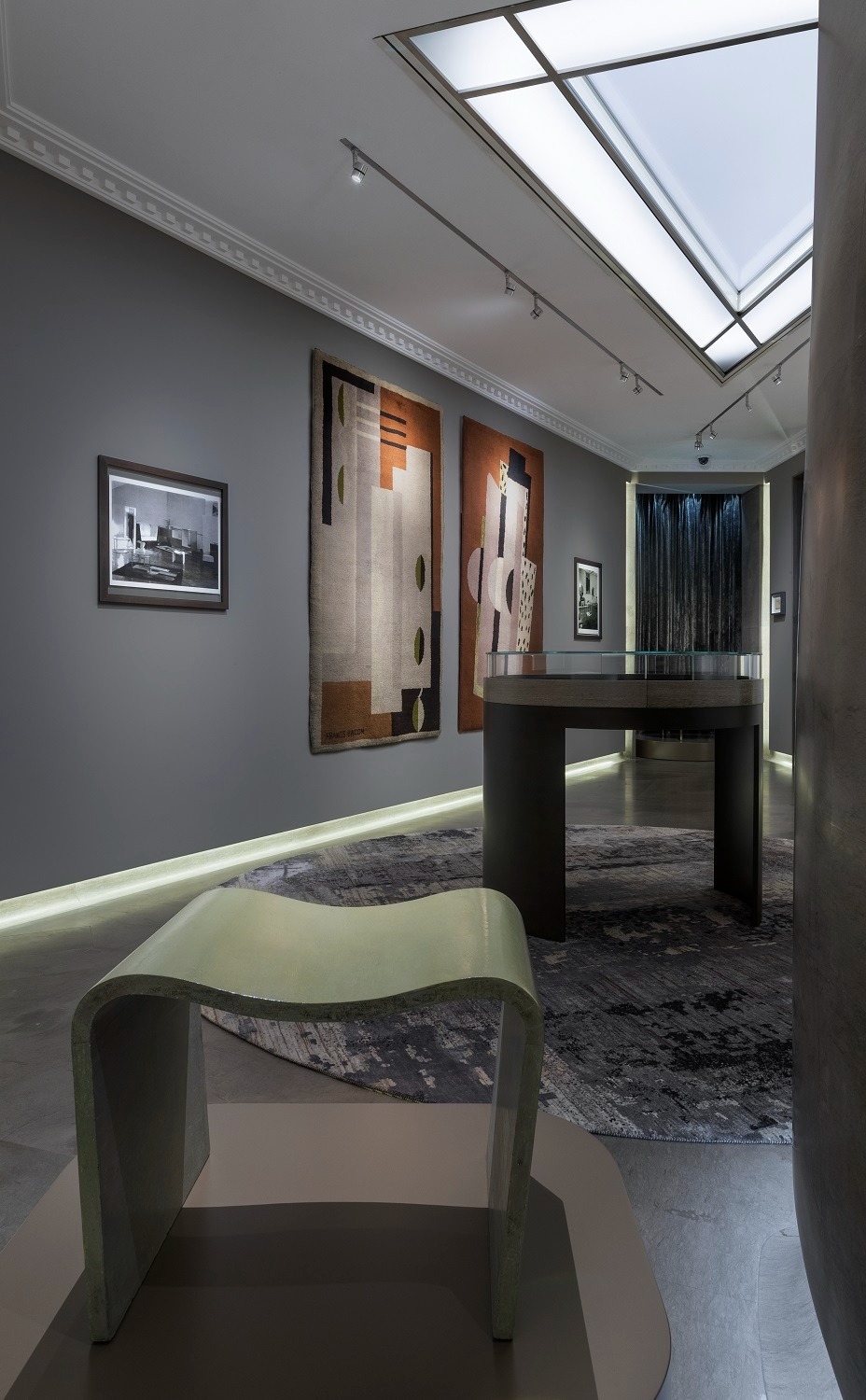 The first part of the exhibition focuses on the British artist’s early career as a furniture and rug designer, a practice he started in 1929 in his studio at 17 Queensberry Mews West in London. It includes exceptional items of furniture and rugs rarely shown in public. While achieving success as an avant-garde designer, with a number of commissions from his circle of friends and his patrons, Bacon also began to paint. His first canvases, painted between 1929 and 1934 and displayed here, reveal the influence of Cubism and Surrealism.

Bacon’s legendary, chaotic studio at 7 Reece Mews in London, where he worked for more than three decades and which played a major role in his work and life, is another highlight of the exhibition. This studio, which became the ‘depository’ for thousands of items, gives an enlightening insight into the artist’s creative process. A rare miniature version of the studio by the artist Charles Matton is also on show here.

The exhibition pathway is punctuated by rarely seen photographs of Bacon’s various studios taken by eminent photographers and the artist’s intimate friends.

In addition, the show includes paintings by the Australian artist Roy de Maistre who was Bacon’s main mentor and a close friend.

All the pieces presented come from the MB Art Collection – the private collection of the founder of the Francis Bacon MB Art Foundation.