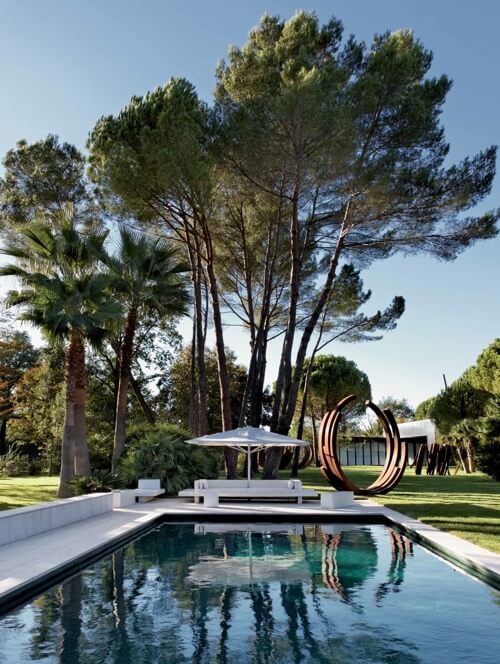 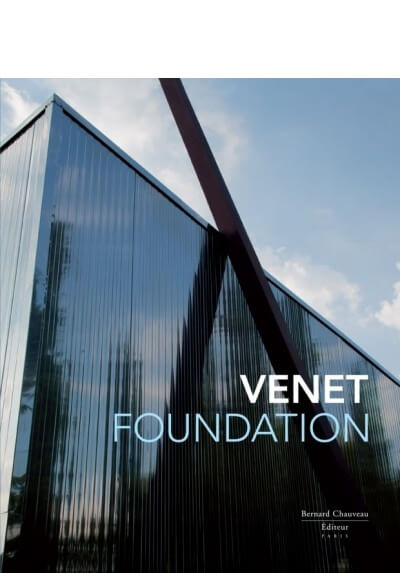 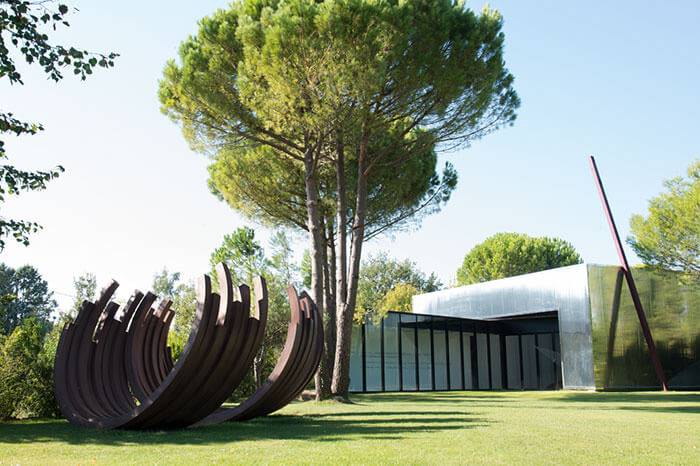 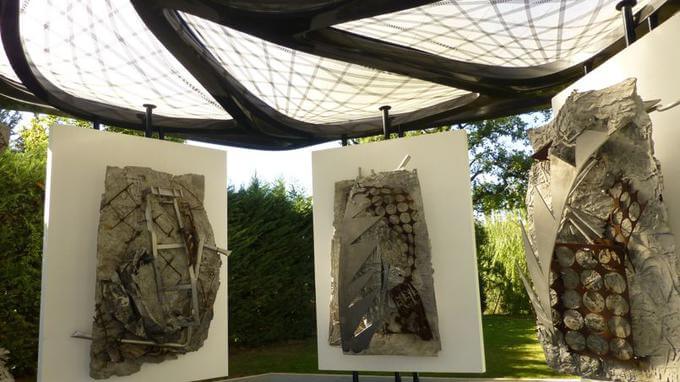 In the 60s, Venet became well known for his amorphous installations made by piling uploose gravel, coal or asphalt and industrial paintings made from cardboard reliefs or tar. In 1967, he moved to New York where, inspired by his contemporary minimalist sculptors, Venet began to produce freestanding and wall mounted sculptures in steel. Venet describes his sculptures as being about… ‘how metal resists. They are a test of strength, a battle between myself and the piece of metal. My work is self-generated; nothing around meserves as a particular inspiration’In the1989, Venet purchased a large property including an 18th century mill and a massive hangar which had until the 60s been used to manufacture regulator systems for railway tracks, set in four hectares of grounds.

This idyllic spot, with the river Nartuby running through the property, isinLe Muy, near Draguignan, France. Initially, the property was used as a studio and to house his and other artists’ work, but a visit to the Judd Foundation in Marfa, Texas, USA, inspired Venet to open his park to visitors to exhibit his growing collection of sculptures. Today, it has been renovated and extensively enlarged, while a 200m2 gallery has been added, to create the Venet Foundation which was opened in 2014.

It serves to exhibit and archive (of) his and numerous other artists works, holding over 100 works by fellow post war giants including, Arman, Donald Judd, Sol deWitt, Carl Andre, Jean Tinguely, On Kawara and Dan Flavin. Many of these pieces have been acquired as a result of‘exchanges’ amongst friends. In 2001, Frank Stella personally designed and created a hexagonal ‘chapel’ for Venet fitted with six large composite reliefs and, most recently, James Turrell’s ‘Inspire the light’, a skyspace installation, was constructed.

Visits are by appointment only.Please see the website: https://www.venetfoundation.org/ for details.