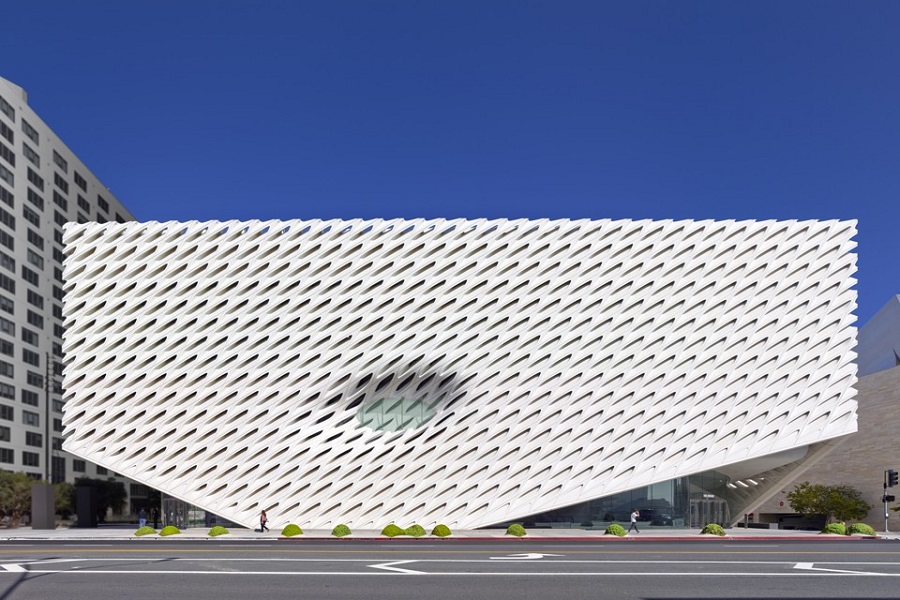 The American entrepreneur and philanthropist, Eli L. Broad (1933), made his fortune with the building of two companies: Kaufman and Broad Home Corporation (now KB Home) and the pension fund SunAmerica (Broad bought it as SunLife in 1971 and sold to AIG in 1999).
Born in New York as the only child of Jewish Lithuanian immigrant parents, Eli grew up in Detroit. He studied accounting at the Michigan State University of which he graduating cum laude in 1954; the same year he married Edythe “Edye” Lawson. He set up the homebuilding business in 1957 with Donald Kaufmann and in order to grow, moved with the company headquarters in 1963 to Los Angeles, where the Broads have lived ever since.

The couple has always been philanthropic and in this spirit they set up the first Broad Foundation, followed by many others, always emphasizing entrepreneurship for the public good in education, science, and the arts. investing in the people, programs, and institutions that are improving the human mind, body, and spirit.

Broad’s interest in art began in 1973 with the acquisition of a Van Gogh drawing, entitled “Cabanes a Saintes-Maries” (1888). Their early acquisitions included works by Miró, Picasso, and Matisse. Eventually, the attention was turned to post–World War II art. Nowadays their collection comprises (a.o.) work by John Baldassari, Jean-Michel Basquiat, Joseph Beuys, Damien Hirst, Jeff Koons, Yayoi Kusama Roy Lichtenstein, Julie Mehretu John Rauschenberg, Ed Ruscha, David Smith, Andy Warhol, and has – with 129 pieces, – the largest collection of Cindy Sherman’s work.
In 1984 The couple established The Broad Art Foundation with the goal of making their extensive contemporary art collection more accessible to the public and as a result of this in 2010 they decided to build their museum downtown L.A., designed by the New York-based architects Diller Scofidio + Renfro, which was opened in September 2015.