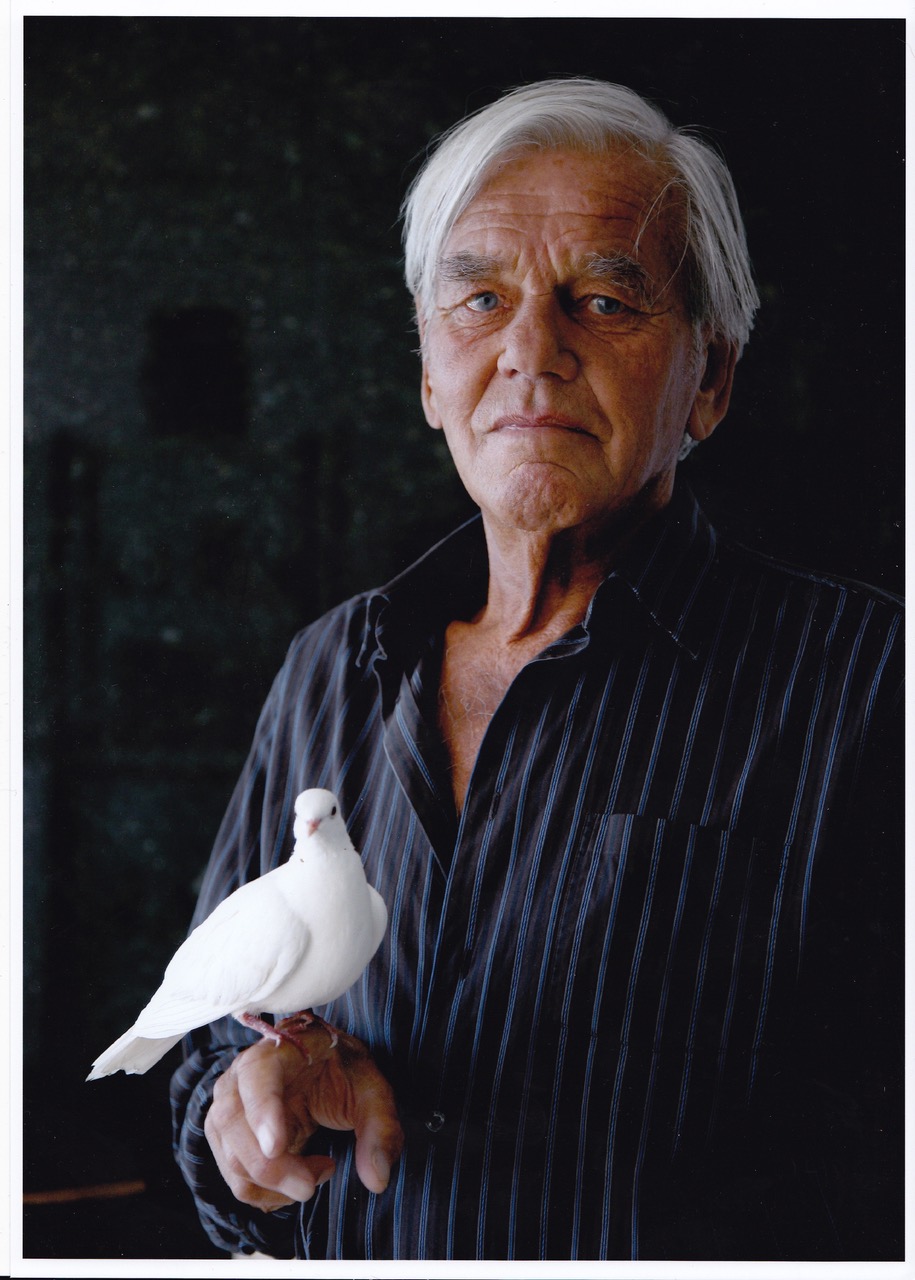 The life of Herman Krikhaar (1930-2010) pivoted completely around art: he started to paint when he was eleven and was collecting contemporary art and antiquities (Middle-Far East) and African Art while being a young steward/purser at the KLM to discover the world in the fifties before he opened his own gallery in Amsterdam.

From 1963 to 1988 Galerie Krikhaar was one of the most active galleries of his time for contemporary art with a continuous focus on the CoBra-group (Karel Appel, Constant, Corneille, Brands, etc), but reaching out to many artists abroad. At the time Paris was still very much in the centre of the arts and Herman brought work of many upcoming artists like Takis and Saura to Amsterdam; In the seventies and eighties, he was unique in making exhibitions with late paintings of Picasso.

Even after closing the gallery and concentrating on his own painting (which he always continued doing), he kept in touch with artists and engaged them where possible.

From this thought of being able to continue what he always did, as well as keep his own considerable oeuvre in good condition and alive, he set up in 2007 the Herman Krikhaar Foundation.

Ever since the Foundation organises in his spirit yearly exhibitions in his former house in the back country in the south of France, often looking for a fine balance between painting and sculpture (Brands-Tajiri or Varozza-Theunissen).