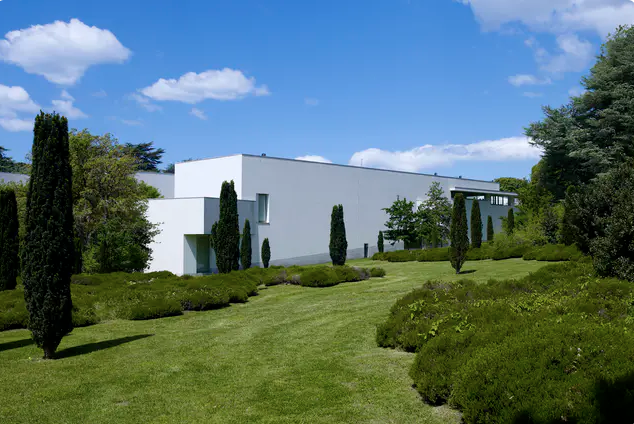 The Serralves Foundation is one of the most distinguished Portuguese cultural institutions and the preeminent body of its kind in Northern Portugal. It has strived relentlessly to project contemporary art at the national, as well as international levels, by divulging its prominent architectural and landscape heritage. The Art Foundation was founded in 1989 and ignited the beginning of a progressive partnership between the State and civil society – encompassing close to 50 public and private sector bodies. In 2017, the number of Founders has risen to 181, including individuals and companies, thus exhibiting growing and ongoing adherence to the Serralves project.

In 1991, a globally acclaimed architect, Álvaro Siza was taken on board by the foundation to envisage an architectural project for the Museum. Today, the Serralves Foundation boasts a priceless heritage estate, in the heart of Oporto, comprising a villa (a unique Art Deco architecture), park (designed by Jacques Greber), and the aforementioned museum of contemporary art. Also, all these buildings of Serralves were jointly classified as a “National Monument” by the Portuguese State in 2012.

The Art foundation develops a broad range of activities. It includes the constitution of a leading worldwide contemporary art collection and an active program of exhibitions, featuring works by stellar Portuguese and foreign artists. Moreover, the Foundation annually presents a diversified program of initiatives involving budding artists; theatre, music, and performing arts series that augment and enhance the exhibition programs.

The foundation was further lauded in 2014 when the President of Portugal, Aníbal Cavaco Silva, conferred upon the Serralves Foundation, the distinctiveness of being an honorary member of the Ordem Militar de Sant’Iago da Espada, for its unmatched contribution to culture in the Republic. The President highlighted the fact that the foundation, besides being a silver lining in the international art landscape also played a critical role in strengthening the tourism industry of the country.

The Serralves Foundation presently holds more than 4300 works in its collection. A total of 1700 belong to the art foundation, while further 2600 works from numerous private and public collections on long-term deposits. Moreover, the Serralves collection also includes nearly 5000 artists’ books and editions. The primary focus of the foundation’s collection is contemporary art created from the 1960s to the present day. In 1999, the inaugural exhibition of the Serralves Museum called ‘Circa 1968’, highlighted the 1960s and 1970s. It is a historical period of political, cultural, and social change that took place all around the world as originative decades, out of which surfaced new paradigms in art-making and the inception of the postmodern era.