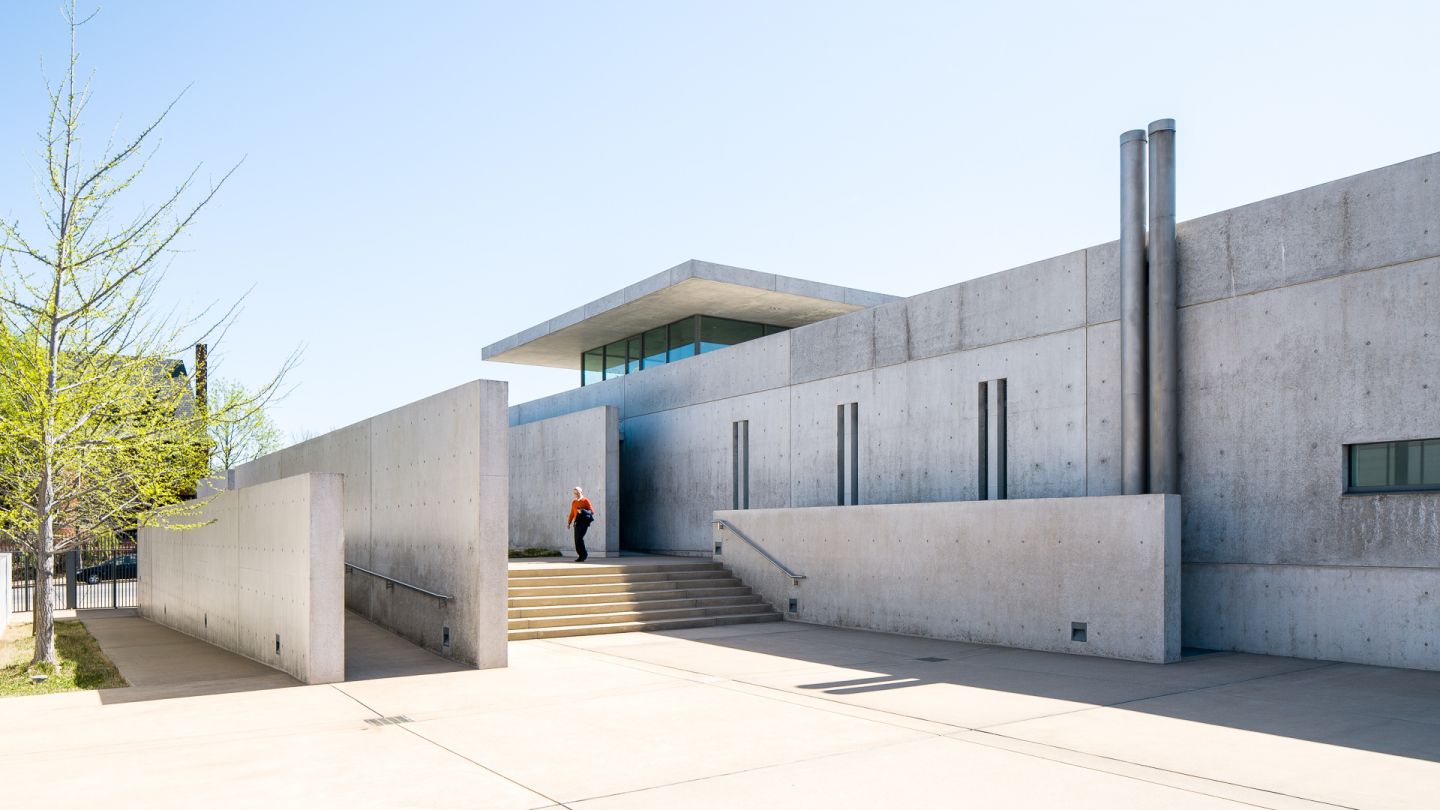 Confined in a building designed by internationally eminent architect Tadao Ando, the Pulitzer Arts Foundation is a watershed institution in the thriving Midwest City of St. Louis, Missouri. It is often referred to as one of the foremost exhibition spaces in the world and is on par with Japan’s stunning Chichu Museum of Art. The Art Foundation believes in the impact of direct experiences with art.

The museum presents historical and contemporary art in a propulsive interplay with its illustrious Tadao Ando building, offering novel experiences and inspiring fresh perspectives. The Pulitzer is a platform for contemplation and exchange that conjoins art and people. The building Ando envisioned for the Pulitzer Foundation offers large, open interior spaces for exhibitions and is distinctively simple and liberated of ornamentation on the exterior.

The vision for the Pulitzer was envisioned in the early 1990s when Joseph Pulitzer Jr. and Emily Rauh Pulitzer strove to establish a definite space in which to showcase their art collection. The idea behind purchasing a property in St. Louis’ Grand Center Arts District, was to contribute to the creative revival of this once-thriving entertainment district. In 1991, they accredited Tadao Ando to design the space, and over the course of a decade, the premise for the space matured into a non-collecting art museum that would organize exhibitions of classic and modern art from around the globe.

One of the earliest exhibitions was curated by Ellsworth Kelly, illustrating his work from a stretch of over 50 years. Also featured, where works from the Pulitzer family’s private collection by Alberto Giacometti and Mark Rothko, among others. Moreover, exhibitions have taken place around themes like the Portrait/Homage/Embodiment in 2007 and, in 2012, The Progress of Love, in concurrence with the Centre for Contemporary Art in Lagos, and The Menil Collection in Houston. The Pulitzer has also showcased solo exhibitions, depicting the work of Ann Hamilton, Gordon Matta-Clark, and Dan Flavin.

A vertical wall sculpture composed of two painted aluminum panels is installed on the south wall of the Main Gallery. It is called Blue Black and is the creativity of Ellsworth Kelly. Naturally lit beams flow in from the slender skylight above and glisten off of the reflecting pool to its right. Kelly’s taste of colors is at once striking and impalpable—strong enough to engage the eye on a lordly scale, but subdued enough to accord with Tadao Ando’s poetical allocation of space.

Accredited by Emily Pulitzer as an enduring feature of the courtyard, Joe by Richard Serra enunciates a space that reshapes perceptions of movement and scale through its subtle, shifting contours. The sculpture expresses an evolving sense of the organic; the walls of Joe’s spiral path expand and contract, relaying you to its center—an enormous expanse of sky, crafted by a ribbon of weathering steel.

Scott Burton’s Rock Settee is the third work of Pulitzer Arts Foundation and is almost a prehistoric antithesis to the simple, modern lines of Tadao Ando’s architecture. The work, which is installed in the water court, seems as though a raw mass of rock when viewed from inside the building. However, upon closure, the fine cuts that form the seat and back of this five-ton granite sculpture, offers a peaceful place of rest. The work also inspires a dialogue between the monumental and the minimal among its visitors.