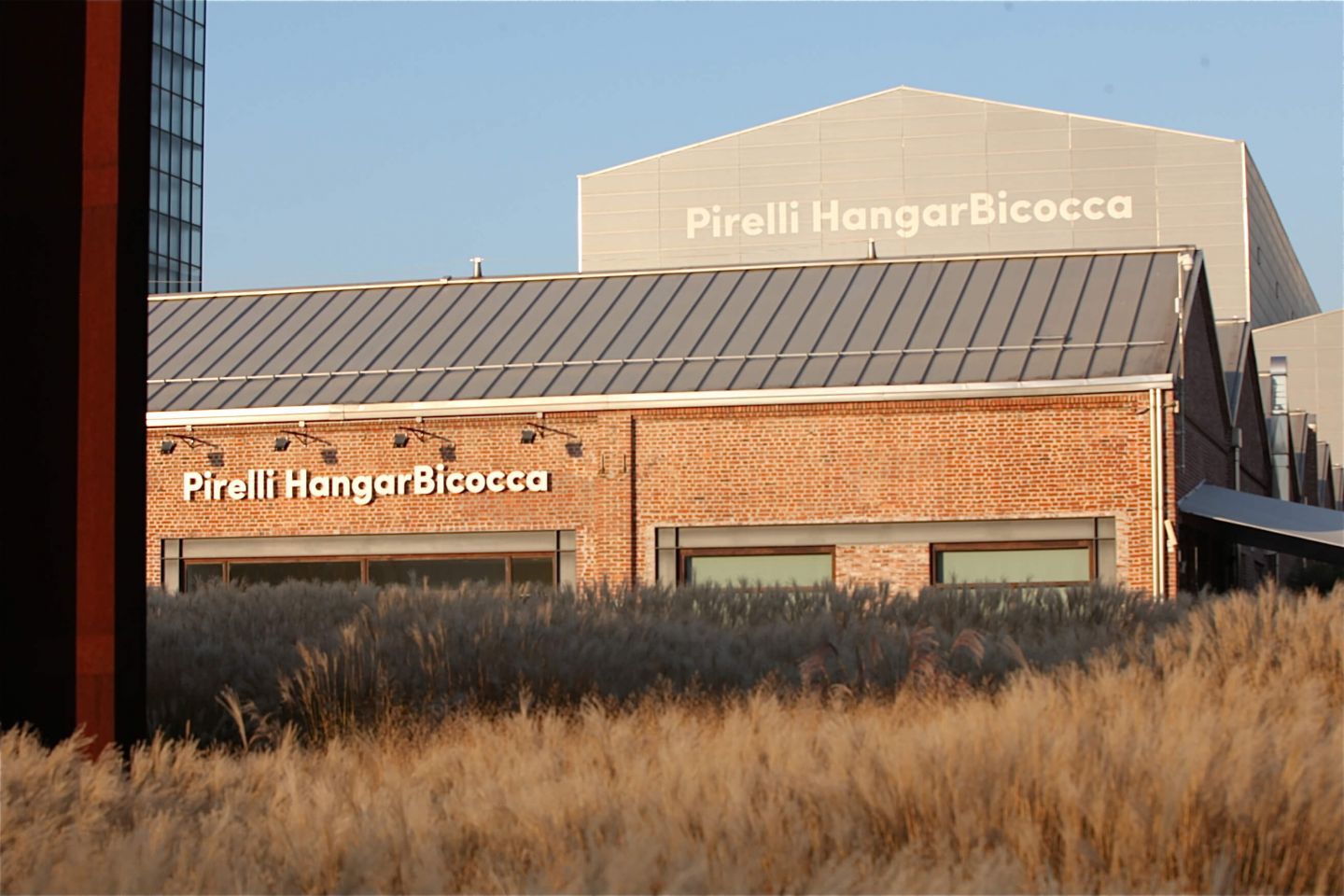 Pirelli HangerBicocca was founded in 2004 by Marco Tronchetti Provera, Pirelli’s Executive Vice Chairman and CEO, in order to emphasise the importance the company attaches to culture and as a complement to their main activities. Their mission is to make art open and accessible to everyone. The contemporary art Foundation is located in the former Breda locomotive factory in the Bicocca district in the north of Milan, a former industrial area which, in the early 80s, underwent an almost total urban redevelopment.

This enormous exhibition space covering almost 15,000 square metres is divided into three main areas: the Cube, a cubic barrel-vaulted building; the Shed, an ancient low bare-brick structure previously used for manufacturing the components of locomotives and farm machinery; and the Navate, the huge former locomotive factory, which connects the other two buildings. The Foundation commissioned Anselm Kiefer to create a permanent site-specific work for the opening of the gallery. It now houses one of his most important installations, ‘The Seven Heavenly Palaces’ in the Navate space. In 2015, five large Kiefer paintings were added to the space to form a single installation called ‘Seven Heavenly Palaces 2004-2015‘and create a complete Kiefer experience.

In 2010, a massive rusted metal sculpture by Fausto Melotti, called ‘La Sequenza’, was permanently installed in a lushly planted garden to welcome visitors to the site. Throughout the year, three or four large scale exhibitions are organised of Italian and international artists, alternating dance, music, performances and video installations. Most of the temporary exhibitions are specifically and only conceived for this location, for example, Lucio Fontana, Rosa Barba, Laure Provost, Kishio Suga, Carsten Höller, Juan Munoz and Damien Ortega. Every two years a new mural is painted on the outside wall of the cube.

The Foundation has a very refined educational set-up, consisting of Pirelli cultural monitors, many of whom are students, wearing #ArttothePeople t-shirts, who are trained to help visitors, if requested, to gain a better understanding of the artist’s ideas and art in general. No entrance fee is charged, reinforcing the spirit of the Foundation which aims to reach out and give as many people as possible the opportunity to experience contemporary art. This makes the HangarBicocca one of the most advanced contemporary art centres in the world attracting a large and young audience.

Pirelli HangarBicocca is a non-profit foundation, established in 2004, which has converted a former industrial plant in Milan into an institution for producing and promoting contemporary art. This dynamic center for experimentation and discovery covers 15,000 square meters, making it one of the largest contiguous exhibition spaces in Europe.