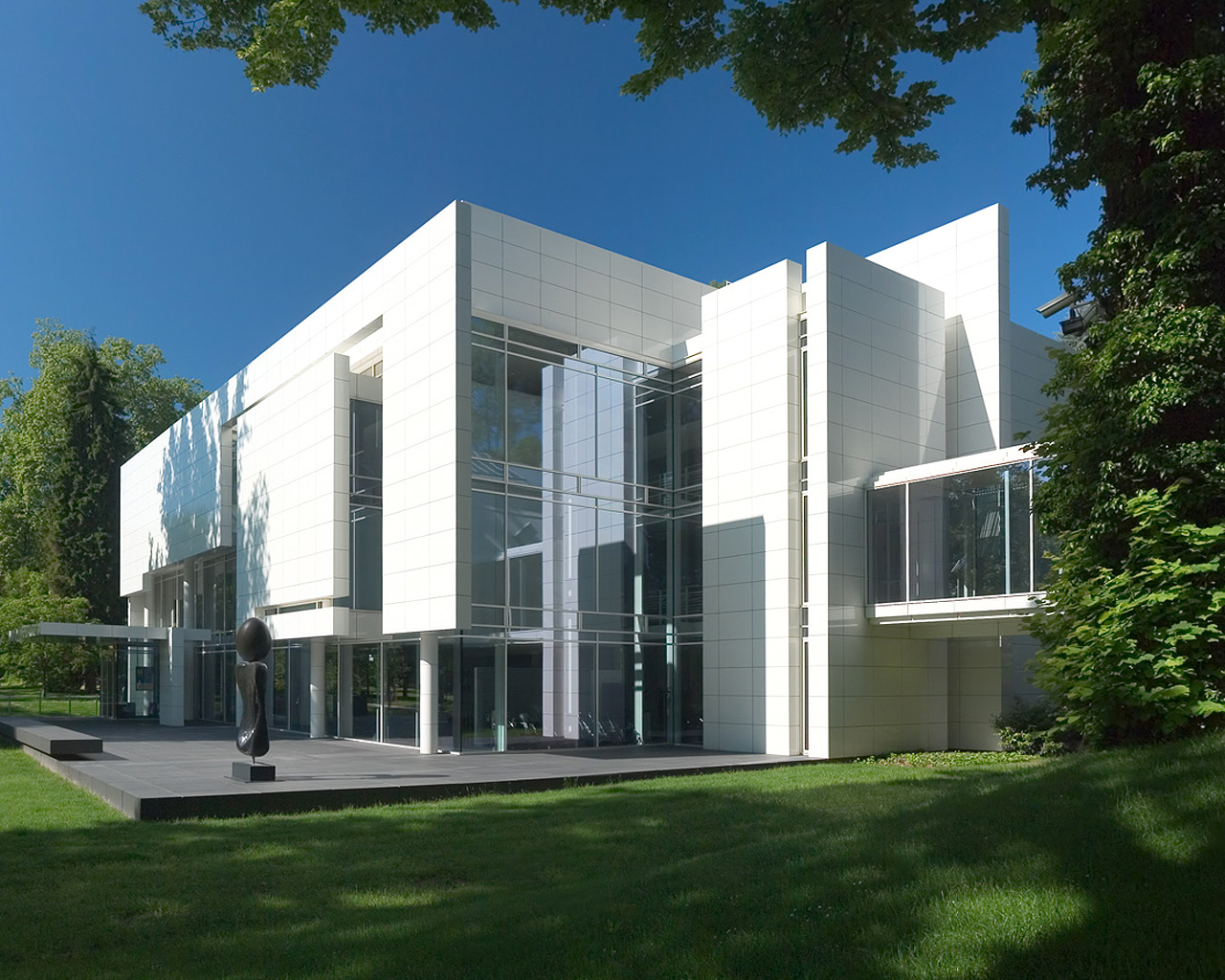 This not-for-profit Foundation, Frieder Burda, was set up in 1998 committed to promoting art, culture, and science, a commitment fulfilled by the building of a museum that houses Mr. Burda’s collection, showing it to the public in a variety of presentations. The museum, which opened in 2004 in the Kurpark in the heart of Baden Baden, was designed by the American architect, Richard Meier.

Frieder Burda (1936) grew up in south Germany in a house filled with German Expressionist art, thanks to his father, Dr. Franz Burda, an avid collector. Like his two brothers, Frieder was trained as printer and publisher (in Germany and Switzerland), in order to continue the family printing business, Burda. Following an internship at his father’s company, he went abroad to work in printing-related companies in France, England, and the US, before settling back in Germany, active in the printing world.

After his father’s death in 1987, when one of his brothers took over the company completely, Frieder Burda became increasingly more involved with art. By then, he had been collecting for two decades, starting in 1968, with the purchase of a red ‘Concetto Spaziale’ by Lucio Fontana at the Kassel Documenta, surrounded and advised by friends such as Werner Spies, Götz Adriani and Jean-Louis Prat. As a collector, Frieder Burda concentrates on a broad selection of artists and movements, assembling a comprehensive range of artworks. For him, expressionism of his generations’ art is of prime significance, as in (American), Abstract Expressionism, German art after 1960 (George Baselitz, Gerard Richter, Sigmar Polke), late works by Pablo Picasso and a large sculpture section. The collection also contains one of Clyfford Still’s most important works of art – a unique piece in the European museum Landscape.

In 2016, a satellite exhibition space ‘Salon Berlin’ was set up as a forum for international Contemporary Art. The ‘Salon Berlin’ often shows pieces from the Museum’s collection, however, its main aim is to maintain contact with new developments in contemporary art.

The internationally-renowned Collection Frieder Burda concentrates on Classical Modernism and contemporary art and now encompasses around 1000 paintings, sculptures, objects, photographs and works on paper. The Museum will show the Collection to the public in varying presentations and taking ever-changing factors and new contexts into consideration. A fundamental part of the alternating exhibitions will also relate to the Collection, so that with the museum a place will be created for animated reflection and discussion on the works of art of the Collection.