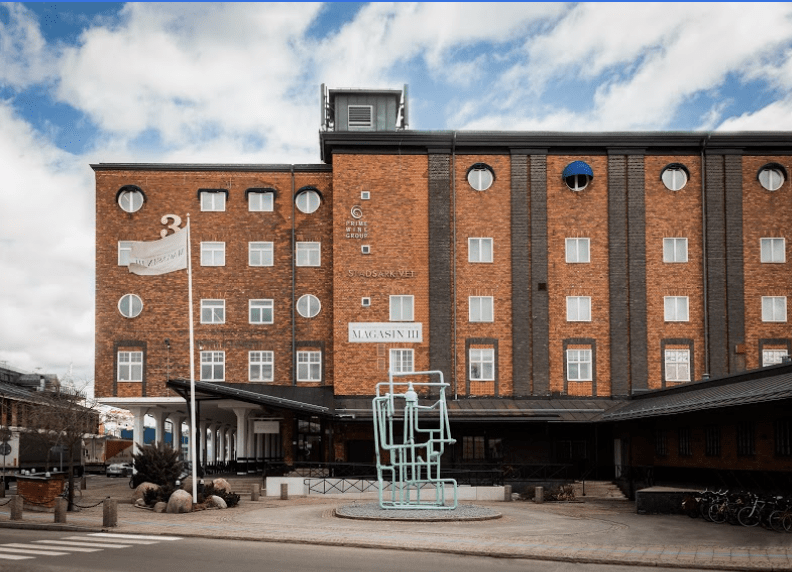 Magasin III believes that art has the ability to challenge and inspire people and society. That is why they have supported the arts since their inception, providing exhibiting artists with the opportunity to produce new works that influence, engage, and question. Then, as now, they invite you to experience the commitment, ambition and creativity of internationally established artists from around the world. Our exhibitions are at the core of their ever-growing collection of works by artists relevant to our time.
Magasin III has become one of the leading institutions of contemporary art in Europe. For over 30 years they have also lent works from their collection to museums around the world. Located since the beginning in a former warehouse in Frihamnen (the former Free Port of Stockholm). Between fall 2017 – fall 2020 the public program was closed in order to shape the future Magasin III. Since January 2018, Magasin III Jaffa is an permanent exhibition satellite in Jaffa/Tel Aviv, Israel.
On January 20, 2018, Magasin III Jaffa opened its doors for the first time with zerubbabel – a solo exhibition with Israel-born American artist Haim Steinbach. The exhibition marks the launch of a diverse program that will feature both international and local artists in Jaffa, greater Tel Aviv. Magasin III Jaffa is located on 34 Olei Zion a residential neighborhood that borders with Jaffa’s famous flea market at the center of the Christian, Jewish and Muslim populations of Jaffa. The site was chosen for its location as well as architectural qualities.
“The space has been carefully planned so that exhibitions can be viewed at any time of the day or night, curated with a special emphasis on also being viewed from the outside.”David Neuman,Chairman Magasin III.
The General Manager of Magasin III Jaffa, Karmit Galili, says: “This is a truly exciting addition to our city. The satellite defines Magasin III’s longstanding involvement with the cultural scene in Israel. The area where Magasin III Jaffa is located has a rich and mixed history and we are very much looking forward to contributing to it and engaging with new audiences.”
At the beginning of the 1980s, Robert Weil and I discussed the idea of starting an alternative platform for contemporary visual art in Stockholm. At a time when the New York City art scene was a strong cultural influence, Magasin III initially drew significant inspiration from the US and especially from New York.
During these first years, we worked under a kind of unspoken mantra that we in Sweden would “lose out” if Magasin III didn’t step in to fill a gap. It became clear that we could act as an important arena for art both nationally and in Scandinavia; the opportunities to invite and introduce the international art scene to Magasin III seemed limitless.
For nearly thirty years, Magasin III has invited artists to develop, change, and experiment with their artistic practice. We have always started with an idea and almost never asked: “Is this possible?” Perhaps this is why artists have always been our strongest supporters. These brilliant individuals continue to explore our world and return to us at Magasin III from time to time to present their latest thoughts.
David Neuman
Chairman