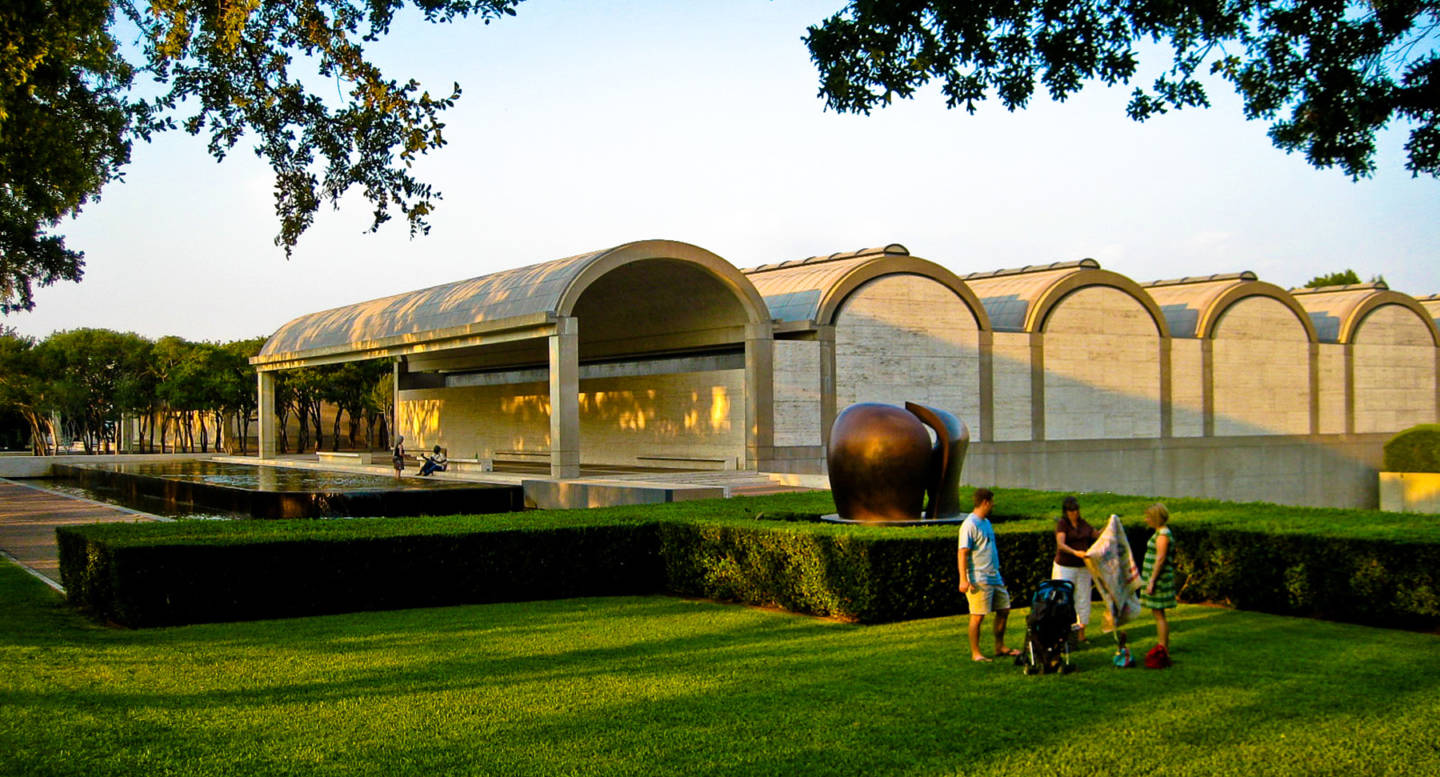 The Kimbell Art Museum officially opened on October 4, 1972. The Kimbell Art Foundation, which owns and operates the Museum, had been established in 1936 by Kay and Velma Kimbell, together with Kay’s sister and her husband, Dr. and Mrs. Coleman Carter. Early on, the Foundation collected mostly British and French portraits of the eighteenth and nineteenth centuries. With the appointment in 1965 of Richard F. Brown, then director of the Los Angeles County Museum of Art, as the Museum’s first director, the Foundation began planning for the future museum and development of the collection, both of which would fulfill the aspirations of Mr. Kimbell. To that end, under the leadership of its President, Mr. A. L. Scott, and in consultation with Ric Brown, the nine-member Board of Directors of the Foundation—consisting of Mrs. Kimbell; Dr. Carter; his daughter and her husband, Mr. and Mrs. Ben J. Fortson; Mr. C. Binkley Smith; Mr. P. A. Norris, Jr.; Mr. J. C. Pace, Jr.; and attorney Mr. Benjamin L. Bird—adopted a policy statement for the future museum in June 1966, outlining its purpose, scope, and program, among other things. That statement remains to this day the operative guide for the Museum. In accordance with that policy, the Foundation acquires and retains works of so-called “definitive excellence”—works that may be said to define an artist or type regardless of medium, period, or school of origin. The aim of the Kimbell is not historical completeness but the acquisition of individual objects of “the highest possible aesthetic quality” as determined by condition, rarity, importance, suitability, and communicative powers. The rationale is that a single work of outstanding merit and significance is more effective as an educational tool than a larger number of representative example Two aspects of the 1966 policy in particular would have the greatest impact on changing the Kimbell collection: an expansion of vision to encompass world history and a new focus on building through acquisition and refinement a small collection of key objects of surpassing quality. The Kimbell collection today consists of about 350 works that not only epitomize their periods and movements but also touch individual high points of aesthetic beauty and historical importance.