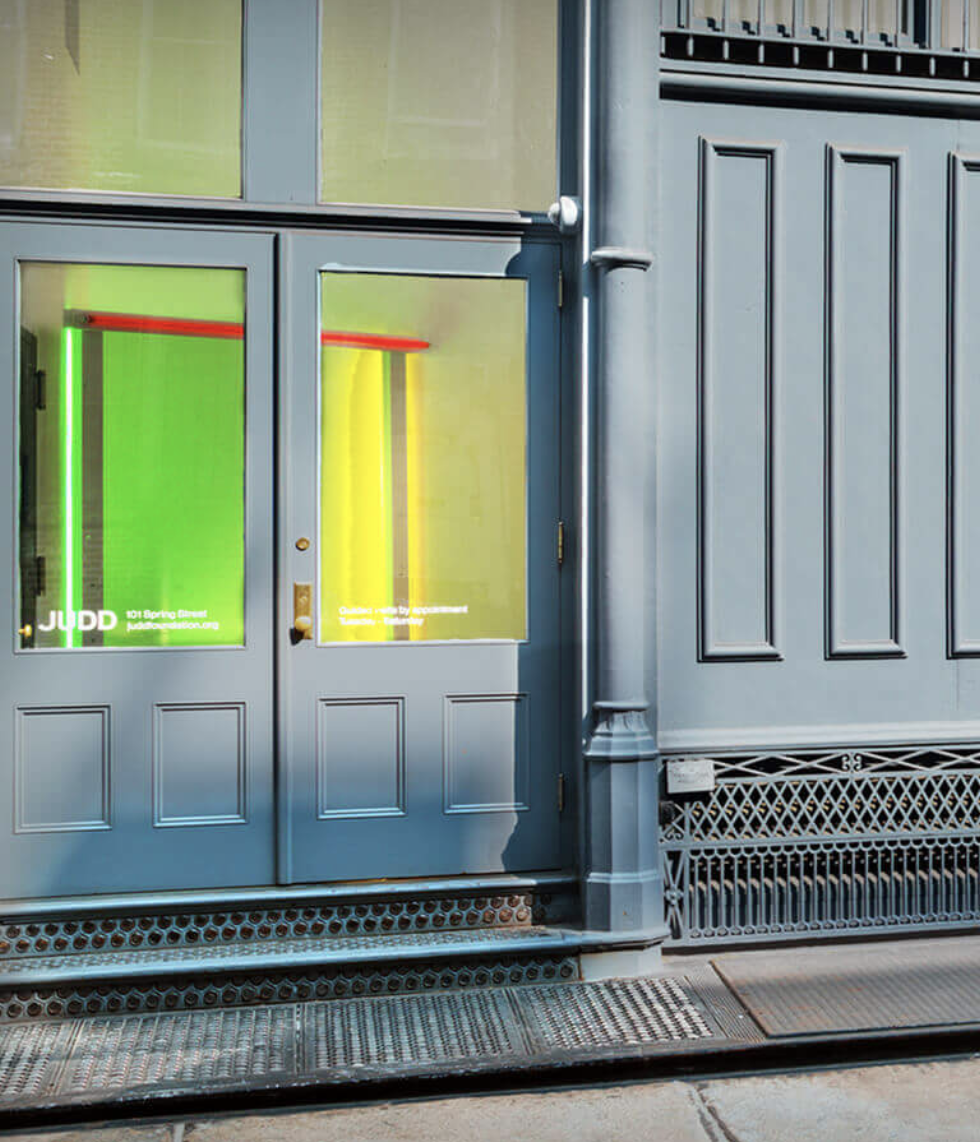 Donald Judd was born in 1928 in Missouri and graduated from Columbia University with a degree in Philosophy. He had his first solo show four years later in New York. By the age of 40 he had his first retrospective at the Whitney Museum of Modern Art. In the early 1970s Judd’s art increased in scale and complexity.

Frustrated by small gallery spaces in New York and other cities, he felt his huge pieces of art should be displayed in the open. Judd believed: ’that art should not represent anything, that it should unequivocally stand on its own and simply exist’. So, in 1971, he moved to Marfa, a tiny town in the Chihuahuan desert in Texas. There, in 1979, with the help of the DIA Art Foundation (which initiates, supports, presents and preserves art projects); he bought an entire army base, comprising 16 decaying buildings on 340 acres. Although he spent extensive time in Marfa, he continued to use New York to live in and as a studio to work in until his death in 1984, filling it with over 2000 pieces; a mixture of art, furniture and household objects.

Upset by the way he believed art museums and galleries displace and ‘decontexualise’installations, Judd established the Chinati Foundation which opened in Marfa as a non profit art foundation, dedicated to his work and that of his contemporaries. The Foundation’s permanent collection includes work by sculptor, John Chamberlain, and light artist, Dan Flavin, as well as Judd’s own work including 15 works in concrete and 100 aluminium pieces installed in two lovingly restored artillery sheds. In addition, artwork by Carl Andre, Ingólfur Arnarsson, Roni Horn, Illya Kabakov, Richard Long, Claes Oldenburg, Coosje van Bruggen, David Rabinowitch and John Wesley are installed in separate buildings within the museum’s grounds.

Judd established an ‘Artists in Residence’ programme which is continued today by the Chinati Foundation. This provides international artists the opportunity to exhibit their work in a stimulating environment.

The Foundation promotes a broader understanding of the artist’s legacy by offering educational programs and scholarships. In order to safeguard his legacy, two years after Judd’s death, in 1996, the Judd Foundation was created to maintain and preserve his permanently installed and working spaces together with his libraries and archives, which extend to more than 100 linear metres, both in New York and Marfa.