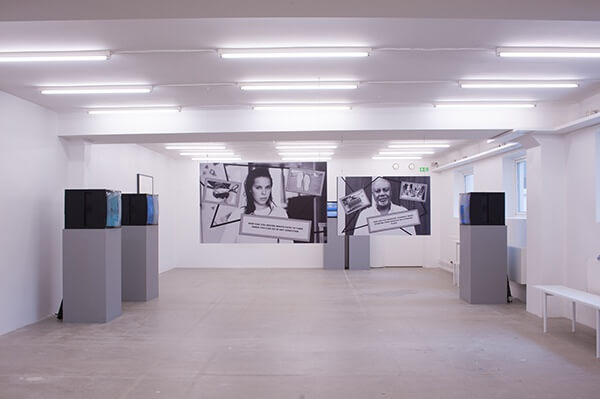 The Index Foundation, based in the center of Stockholm, started in 1974 as an Artist Association for Photography. The Foundation celebrated its 40th anniversary in 2015, demonstrating the extent to which it has become one of the most important spaces for contemporary art in Scandinavia. The Foundation describes its focus as: “…directed towards contemporary art and curatorial practice with the aim of providing a ground for creativity in a wider sense of the word.

It is a site for art production and distribution, a place where artists and audience related experiments are carried out.”In addition to its place as Scandinavia’s foremost institution promoting Swedish contemporary art in Scandinavia and internationally, the Foundation also plays an important role in introducing an older important generation of artists to current artistic mainstreams.

During the 1990s, under the guidance of Karina Ericsson, the Index Foundation organised major exhibitions showing the work of artists, such as Wolfgang Tillmans, Jonathan Monk, Eija-Liisa Athila, Kara Walker, Stan Douglas, Pierre Huyghe, Elmgreen & Dragset, Rodney Graham, but also for the Swedish artists like Annika von Hausswolf, Fia Backström, and Maria Lindberg. Now recognised as international artists, for many this was the first time they were able to show their work at major exhibitions.

In 2001, when Mats Stjernstedt became the head of the Foundation, he began to show historical Swedish and Scandinavian artists, such as Bas Jan Ader, VALIE EXPORT, Susan Hiller and Adrian Piper in relation to contemporary artists such as Johanna Billing, Goldin + Senneby, Dora García, Deimantas Narkevicius, Harun Farocki and Claire Fontaine. This approach continues with Axel Wieder who has taken over the direction in 2014, since which time he has been showing artists as Lili Reynaud-Dewar, Stephen Willats, Willem De Rooij, and Elizabeth Price. The Foundation also offers a wide range of events, seminars, and educational activities. Their projects are often undertaken in collaboration with local and international organisations.

Index has a history of more than 40 years behind it. Firstly, with a focus on photography and publishing, and for the last 20 years with contemporary art as its cultural sphere. Index has been extremely important for the artistic context in Stockholm and the art world of northern and central Europe, however Index is not just history. We work with questions of the contemporary, using clear tools and formats. The size of Index is “human” and the contact with its visitors is defined as a permanent dialogue. Being placed at the center of Stockholm helps Index to be understood as a key institution and node within contemporary art networks. Index has multiple public roles as an art institution. We are a platform for artists and for audiences. We understand that the role of an art institution like Index does not begin and end with an exhibition – instead there is an ongoingness to the activities, research processes, learning programs and relationships between Index, artists and audiences. Index works with an artistic conceptual approach that aims to carve out space and time for criticality, dialogue, curiosity and building discursive situations that develop the role of art today.