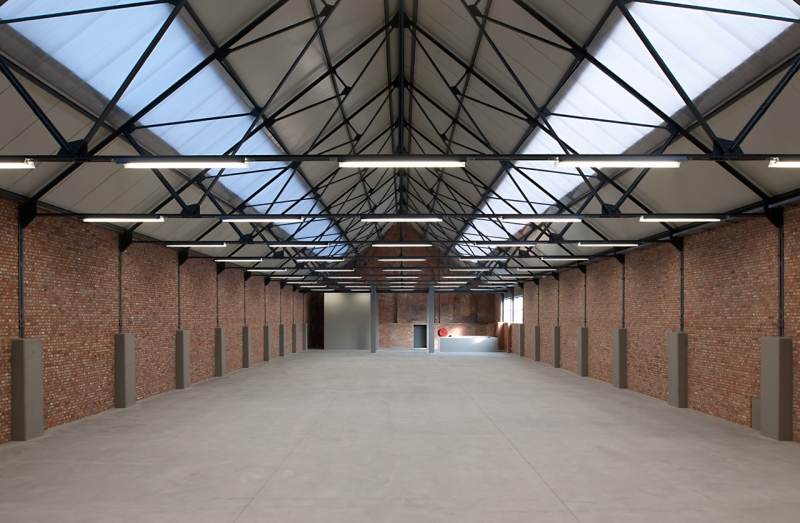 “Our goal with the private collection in Ghent is to go in-depth and work on a Foundation as a research center, a study organization, and an archive, so as to analyze in a broader context the essential aspects of art and study the changes of 1968 and 1989. We want to look, if possible, for some historical continuity through the subjectivity of our collecting activity. Indeed, it is ‘Utopia’. But we know it is necessary’’ said the collector Anton Herbert in 2011.

In that year, Annick and Anton Herbert, sold part of their collection to enable them to realize their goal.  They purchased and renovated a red brick 19th-century industrial building near the River Coupure. Keeping as far as possible to the original, they created a two thousand square metre space, used for temporary exhibitions as well as particular events, such as master classes, readings, and special tours.

Annick and Anton Herbert, who both worked in the textile industry for which Ghent was known, started collecting in 1973 with the purchase of Lawrence Weiner’s statement ‘As If It Could’. This now welcomes visitors at the entrance to the building.  “We bought it because it was so different, so shocking, so against…. We postponed buying our first television so we could buy the Weiner. We put it on our wall. No one who visited even looked at it.”

The couple, who devoted their lives to their goal, concentrated on a collection which focused on the period between two historical turning points: the revolutionary year of 1968 and the fall of the Berlin Wall in 1989 and became friends with most of the artists whose work they collected.  More than just a collection, art symbolized for them a new way of thinking.

Artists in their collection: