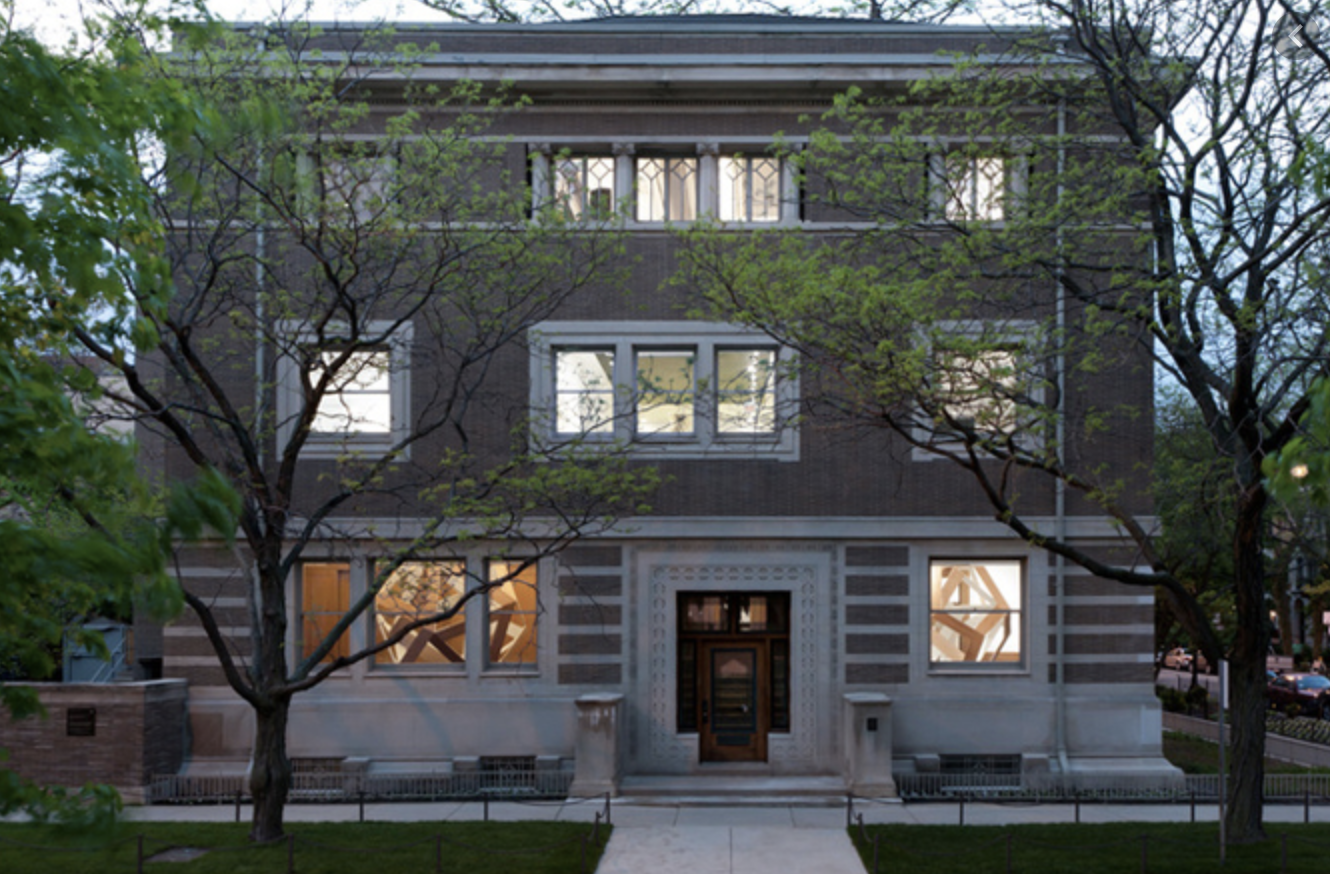 Founded in 1956, following a bequest from Ernest R. Graham (1866–1936), a prominent Chicago architect and protégé of Daniel Burnham, The Graham Foundation for Advanced Studies in the Fine Arts began to take shape following a conference in Aspen, Colorado in 1955. The conference was organised by Charles Murphy, Ernest Graham’s associate, and executor and was attended by Pietro Belluschi, William Wurster, John Lyon Reid, Eero Saarinen, Catherine Bauer, Aline Saarinen, Rudolph Arnheim, Jimmy Ernst, Robert Iglehart, and Charles Rummel. Further meetings followed the conference, leading to the development of the Graham Foundation. The Foundation makes project-based grants to individuals and organisations and its public programme aims to foster the development and exchange of diverse and challenging ideas about architecture and its role in the arts, culture, and society.

In its own words, the Graham Foundation “supports innovative, thought-provoking investigations in architecture; architectural history, theory, and criticism; design; engineering; landscape architecture; urban planning; urban studies; visual arts, and related fields of inquiry. The Foundation’s interest extends to work in the fine arts, humanities, and sciences that expand the boundaries of thinking about architecture and space. In an effort to bridge communities and different fields of knowledge, the Foundation supports a wide range of practitioners, such as architects, scholars, critics, writers, artists, curators, and educators and organisations, such as not for profit galleries, colleges and universities, publishers and museums.

Since 1963, the Foundation has been housed in the Madlener House, a prairie style mansion in the historic Gold Coast area of Chicago, which was owned by the couple Albert Fridolin and Elsa Madlener. The house was built in 1901-02, when they commissioned architect Richard E. Schmidt (1865-1958) and designer Hugh M.G. Garden (1873-1961).

Much of the building’s space of 850 square meters was remodelled and renovated by architect Daniel Brenner (1917-1977) to accommodate offices and public areas for exhibitions, performance and lectures. The Foundation’s bookshop has a significant collection of books on design, art and architecture and an impressive library, which includes all the books published by the Foundation. The library also contains ‘the table’, which served as a conference table during the initial talks on the development of the Foundation.

Founded in 1956, the Graham Foundation for Advanced Studies in the Fine Arts fosters the development and exchange of diverse and challenging ideas about architecture and its role in the arts, culture, and society. The Graham realizes this vision through making project-based grants to individuals and organizations and producing exhibitions, events, and publications.