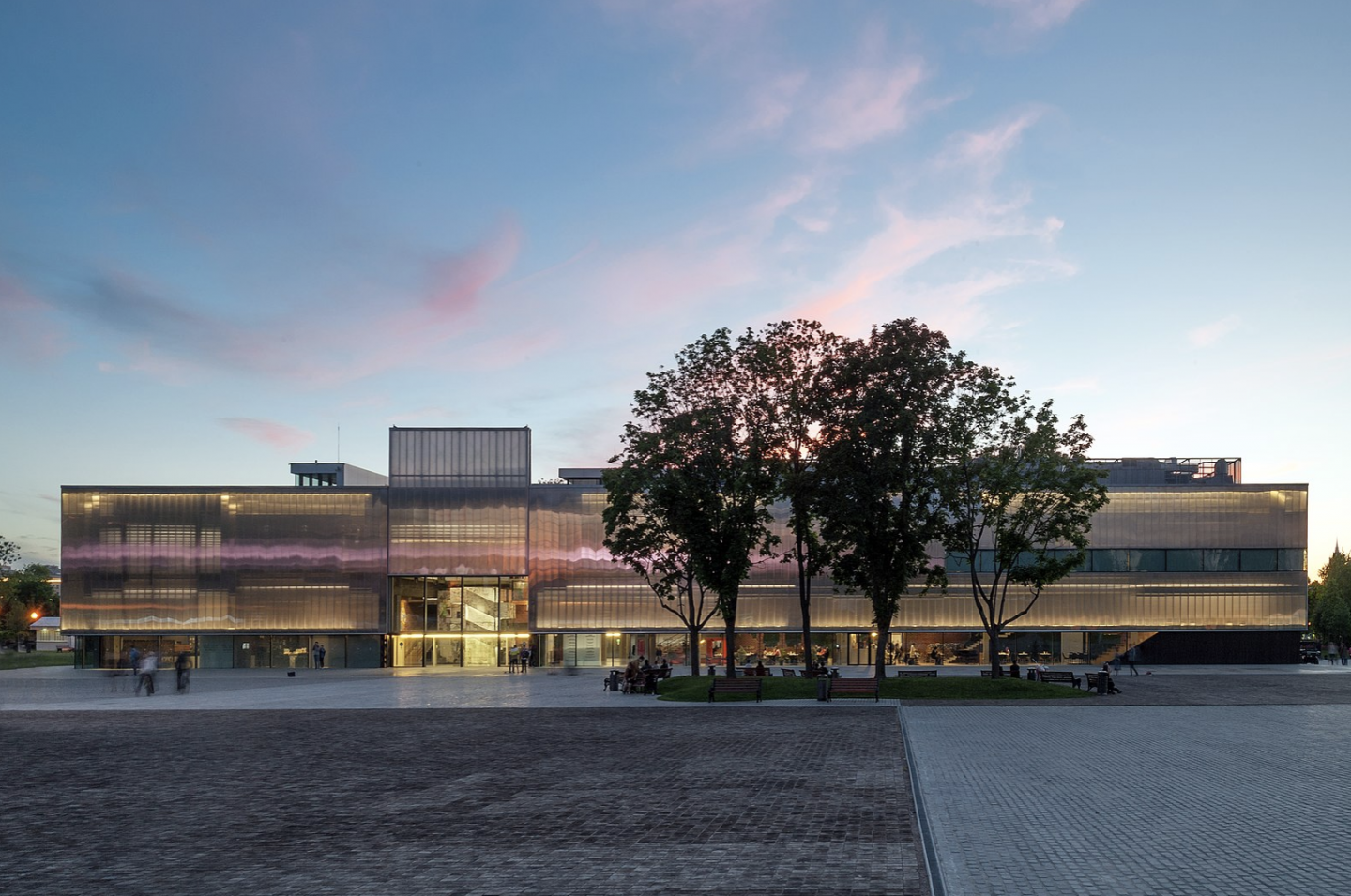 Founded in 2008 by the couple, Dasha Zhukova (1981) and Roman Abramovich (1966) and, since 2015, located in Gorky Park, the Garage Museum of Contemporary Art is the first philanthropic institution in Russia to promote understanding of contemporary Russian and post 1950 international art.

In 2008, Zhukova also founded the not for profit IRIS Foundation, which funds her contemporary cultural initiatives, including ‘Garage’.

Dasha Zhukova was born in Moscow, but grew up in America, graduating from California University with honors in Slavic Studies and Literature.  Now, a successful businesswoman with ventures in fashion and design, she is also the Creative Director of Artsy, a Founding Board Member of Culture Shed, and serves on the Board of Trustees at the Los Angeles County Museum of Art (LACMA).

She was married (divorced in 2017) to the businessman and philanthropist, Roman Abramovich (born in Saratov, Russia), who, after meeting her, also developed an interest in collecting art. Apart from owning the Chelsea football club, Abramovich is known to support a number of charities, particularly in the area where he was born.

Architecture, like all arts, is an important ingredient for the ‘Garage’, which started at the Bakhmetevsky Bus Garage, hence the name.  The building itself was designed in 1920 by Russian architect, Konstantin Melnikov and has now achieved significant fame as a gallery, showing work by artists such as Mark Rothko, Anthony Gormley, Cindy Sherman, Jeff Koons, and Takashi Murakami, as well as hosting the Third Moscow Biennale of Contemporary Art.

Since 2015, the ‘Garage’ has been located in the polycarbonate-clad building developed by Rem Koolhaas’s OMA, itself a preservation project transforming the famous Vremena Goda (Seasons of the Year) Soviet Modernist restaurant built-in 1968.

The Garage Museum has an extensive programme of activities, with a special emphasis on education and creative activities for children and young people, including exhibitions, events, conferences, seminars, and research.  Its Garage Archive Collection is essential in developing and sharing knowledge of Russian art, as well as a platform for international research projects.  The Museum has also edited books and the GARAGE Magazine since 2011.