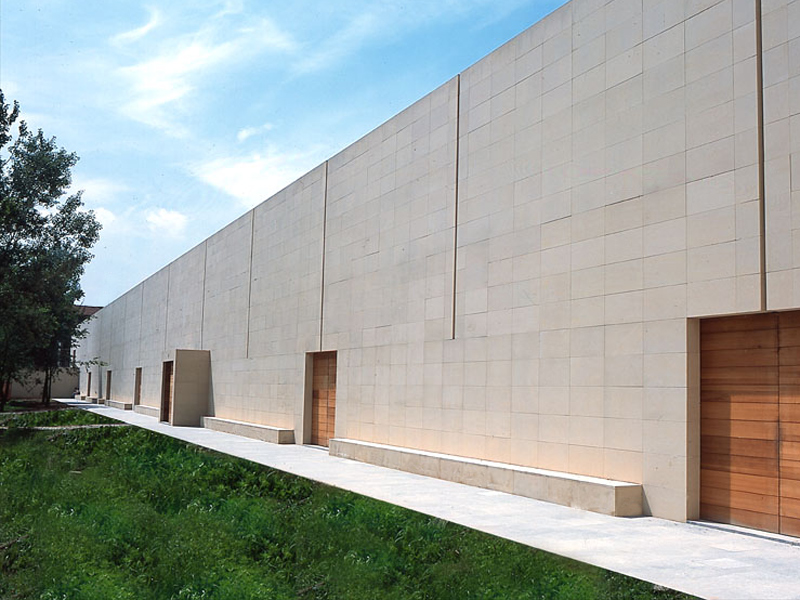 Since its inception, the nonprofit foundation is supporting upcoming Italian and international artists, by rendering particular focus to the production of new works, and is promoting contemporary art with the vision of attracting ever-growing audiences. It can be designated as an observatory on the artistic tendencies and cultural languages of the modern era, across the fields of art, dance, music, literature, and design.

The Fondazione Sandretto Re Rebaudengo opened its first seat in September 1997 In the grand rooms of Palazzo Re Rebaudengo in Guarene d’Alba (Cuneo, 40 km from Turin) – a historic 18th-century mansion and family seat of her husband’s family. The inaugural exposition ‘Cosa Sono le Nuvole’ (What are clouds?) was conceived by the trio of Corrado Levi, Alberto Rolla, and Alessandra Raso, who redesigned the palace as an exhibition center with an architectural approach that preserved the original architecture.

Centro per l’Arte Contemporanea (The Center for Contemporary Art)

Since 2002, it is the foundation’s primary exhibition venue is situated in the San Paolo district in Turin on a 99-year lease. The London based Italian architect Claudio Silvestrin designed the 3500 sq. m. large building on the site of the old Fergat factory, which once provided wheels for Italy’s automotive industry.
The center stands out for the inherent simplicity of its spaces, which are specially created to house and display contemporary artworks, and were constructed on the premise of versatility and ease of management.

Next to its exhibitions, the foundation launched several programs, like “Residency for Young Foreign Curators” (2006) or an independent course for Italian curators (2012), next to incidental study days for teachers and educators or seminars on such topics as accessibility and cultural mediation.

Participating in important art shows (like the ‘Biennale’ in Venice or ‘Arco’ in Madrid), the foundation is very active in art-related initiatives and institutions. In 2014, the foundation promoted the institution of Comitato Fondazioni per l’Arte Contemporanea (National Committee of Contemporary Art Foundations), as a sole negotiating partner to the Italian Ministry of Culture. The foundation instituted its prize “Premio StellaRe” in 2006 to highlight the achievements and engagements of women in the domains of economy, scientific research, and culture.

Since 1995 the Foundation has supported young Italian and foreign artists, paying particular attention to the commission and production of new works, and has promoted contemporary art with the aim of attracting an ever-growing public to it.