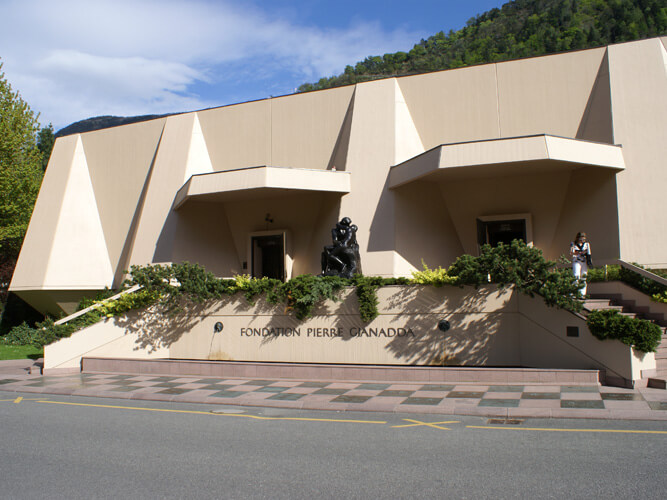 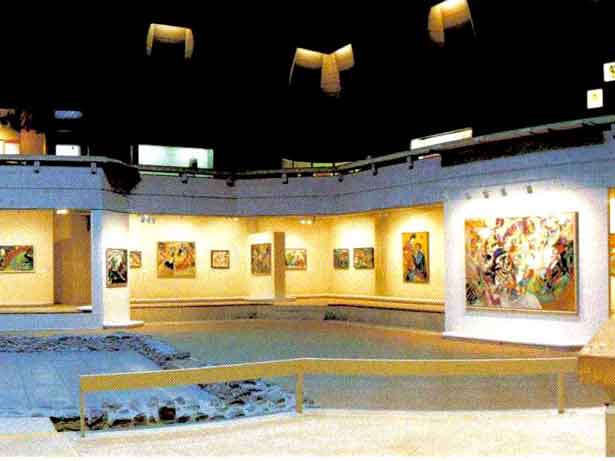 Fondation Pierre Gianadda in Martigny was founded in 1978 by Leonard Gianadda in memory of his younger brother, Pierre, who had been killed in an aeroplane accident two years earlier. Leonard Gianadda, Swiss born of Italian descent, trained initially as a civil engineer. After a short spell as a journalist for Swiss TV, he turned his attention to real estate. In 1973, when Leonard was excavating a site just outside Martigny, on which to build an apartment block, a Roman temple was discovered.

It was whilst considering how to design a building around the temple in order to preserve this important monument and pay respect to its history, that his brother was killed. It was at this point that Leonard decided to build a museum, incorporating the Roman temple, instead of a block of flats. He envisaged the museum as an energetic place where several elements could be brought together, ‘I wanted it to be an animated place, not a dead museum.’He created a special gallery for the Gallo Roman History of Martigny and a second for temporary exhibitions with space to accommodate musicians.

His aim was that the, ‘the function (would) create the form, not the other way around.’The goals of the Foundation were established early on: to combine the memory of a brother who died far too young with the conservation of the Gallo Roman History of Martigny and to offer major pictorial and musical events. In 1981, Pierre Gianadda inaugurated the Automobile Museum together with Fortunato Visentini, a mechanic from Martigny, whose passion was classic and vintage cars.

The collection now boasts over 40 rare examples.Beginning in 1984, regular sculpture exhibitions started to be held in the Museum’s extensive gardens and, over the years, a beautiful permanent collection has been built. Some ten years later, the nearby Old Arsenal was transformed into a meeting place for groups and named the Pavilion Szafran as a tribute to the family who had donated an exceptional collection of photographs to the Fondation.