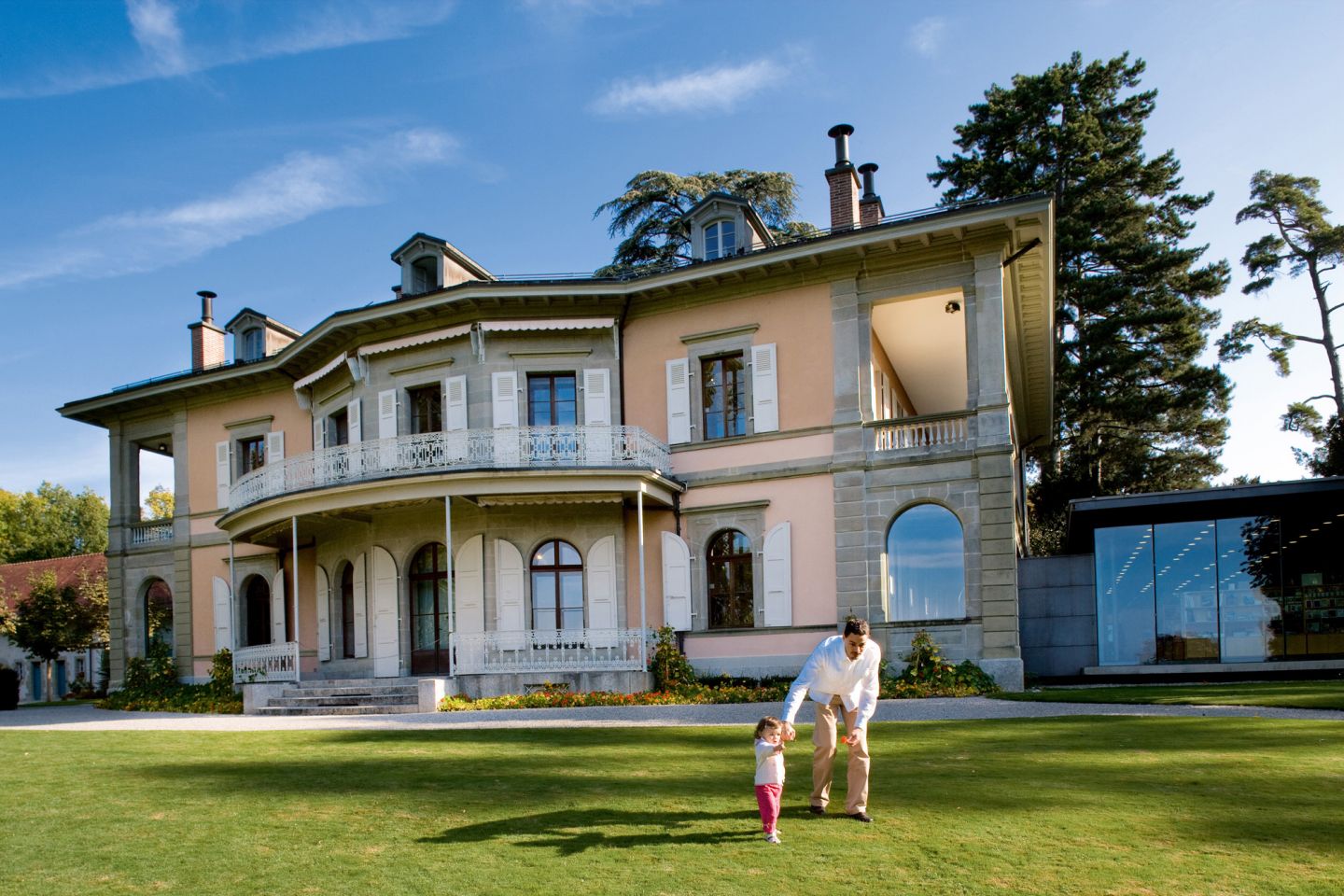 THE HOUSE AND THE PARK

It was in 1841 that the banker Charles-Juste Bugnion bought the land of the Hermitage, located on a hill overlooking Lausanne. The superb view offered by the site on the cathedral and the lake had already been immortalized by Camille Corot during his visit in 1825.

Charles-Juste Bugnion had a mansion built there between 1851 and 1853 according to plans drawn up in collaboration with the architect Louis Wenger, and he had the park landscaped with rare species. In 1976, the descendants gave the house and part of the park to the City of Lausanne. Careful restoration then restores the house to its original shine.

BIRTH OF THE FOUNDATION

At the same time, a private foundation was created.

It has two objectives:

This second objective took shape in 1984. Since that date, two to three   internationally renowned exhibitions have been organized each year.

The Hermitage Foundation also has a  collection , which is not on permanent display.

It is to Jeanne-Marie Bugnion, wife of Charles-Juste Bugnion, the first owner of the house, that we owe the design of the park and the choice of species, rare and new for the time. Since that time, a vast esplanade, surrounded by a crown of majestic trees, faces the house. It offers a beautiful view of Lausanne Cathedral and Lake Geneva.

The construction of the building which today houses the Hermitage L’esquisse restaurant was entrusted in 1857 to the architect Louis Joël. This Anglicizing-style brick building housed a dovecote, backed by an orangery. It was intended on the one hand to form a screen between the farm and the main building, and, on the other hand, to liven up the park by bringing an original architectural element in fashion at the time.

The Hermitage farm houses various spaces intended to host the many activities organized by the Fondation de l’Hermitage around its exhibitions.
Among these spaces, we can mention a place for educational activities, specifically adapted to the needs of children, as well as a room where conferences, seminars and concerts can be organized, in excellent acoustic and visual conditions (Auditorium Michel Bugnion).