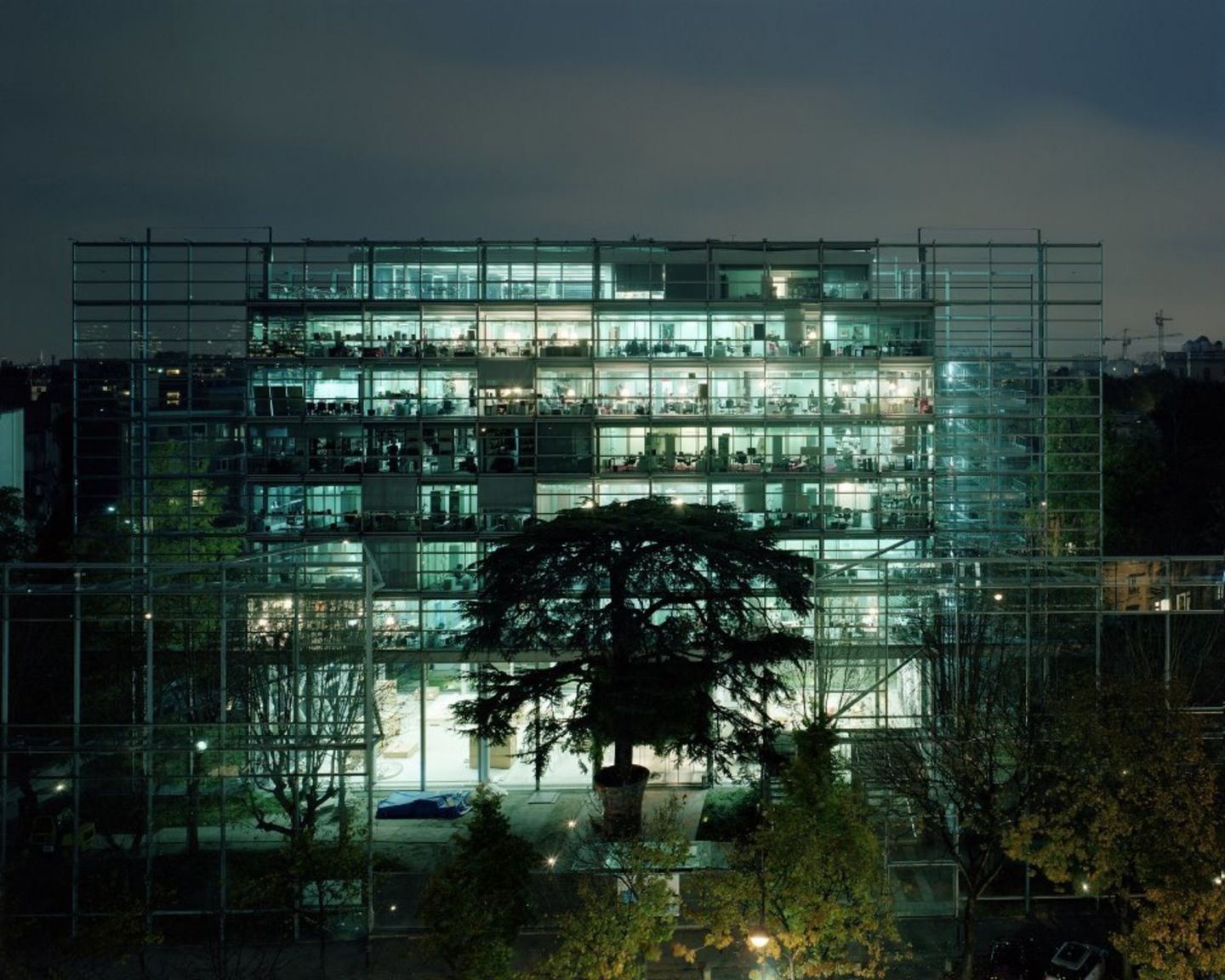 The ‘Fondation Cartier pour l’Art Contemporain’ is an initiative of Alain Dominique Perrin, former President of Cartier International, and, as he likes to emphasize, also based on many discussions on artists needs with the French sculptor César. In 1984 the foundation opened in Jouy-en-Josas as a place for ‘artists in residence’ and exhibitions. It was as one of the first philanthropic corporate initiatives in France.
Even though the Art Foundation does not have any ties or obligations to its mother company Cartier SA, it can not be denied that it has a positive influence on the way people look at brand.

In 1994, the foundation moved into the prominent glass building at the Avenue Raspail, designed by architect Jean Nouvel, where it organizes exhibitions based on either individual artists or themes and gives commissions to artists. Both result in enriching their collection, which contains over 1000 works by 300 artists, including monumental works such as The Monument to Language by James Lee Byars, Caterpillar by Wim Delvoye, Backyard by Liza Lou, La Volière (The Aviary) by Jean-Pierre Raynaud, and Everything that Rises Must Converge by Sarah Sze; works by contemporary French artists including Vincent Beaurin, Gérard Garouste, Raymond Hains, Jean-Michel Othoniel, Alain Séchas, Pierrick Sorin, Jean Giraud; and works by foreign artists including James Coleman (Ireland), Thomas Demand (Germany), Alair Gomes (Brazil), William Kentridge (South Africa), Bodys Isek Kingelez (the Congo), Guillermo Kuitca (Argentina), Yukio Nakagawa (Japan), Huang Yong Ping (China), and Damian Pettigrew (Canada).

Initiated in 1984 by Alain Dominique Perrin, President of Cartier International at the time, on a suggestion by the artist César, and directed by Hervé Chandès, the Fondation Cartier pour l’art contemporain is a unique example of corporate philanthropy in France. Since moving to Paris in 1994, the Fondation Cartier has been housed in an airy building filled with light that was designed by the architect Jean Nouvel. In this unique setting, exhibitions, conferences and artistic productions come to life.