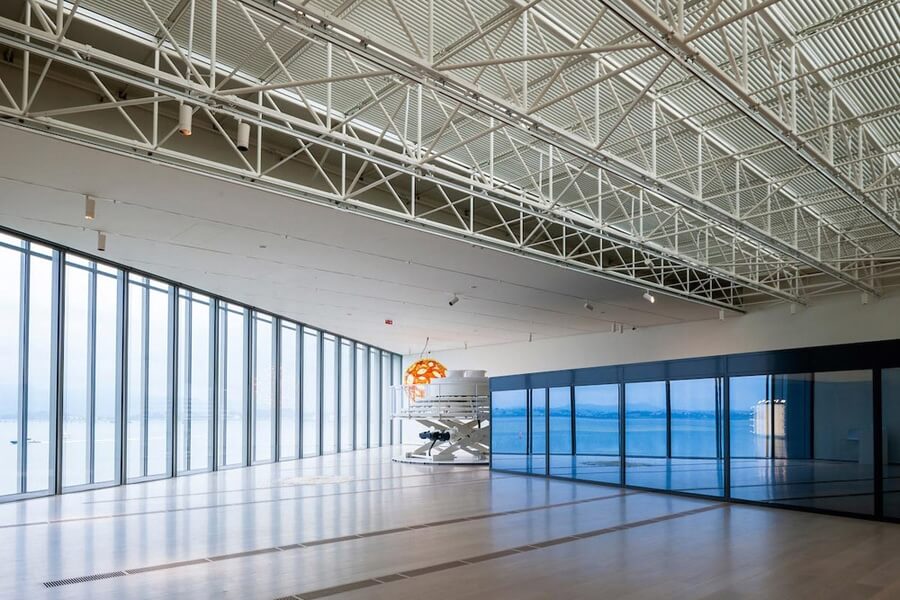 The Fundación Botín was established in 1964 by Marcelino and Carmen Botín, whose aristocratic family founded the Santander bank in 1857. The mission of the Foundation is to promote emotional and social development in Cantabria and explore new ways of generating wealth through promoting creative talent by offering grants to visual artists in the fields of music, theatre, film, dance and literature.

The artists who have benefited from these grants have their work regularly exhibited at the Foundation. In 1986, Marcelino’s nephew, Emilio, took over the running of the Foundation. Under his tutelage, it has grown from a provincial operation to an organisation which acts all over Spain and South America, exploring new ways to discover and support creative talent. Since 1994, well known international artists have run Visual Arts Workshops, spending several weeks each year working together with young artists from all corners of the world.

The Foundation headquarters are in Santander, where, in addition to the new Botin Centre, it has the El Promontorio and Villa Iris centres used for institutional events and holding exhibitions and workshops. Since 2012, offices in Madrid were created and housed in a 1920’s industrial building to allow expansion for the ever growing demands of the Foundation’s activities.

The ground floor is an exhibition area of 800 square metres, while the first floor is home to the Trends and Science and Technology Transfer Observatory. Sadly, Emilio died in 2014 before the new cultural headquarters, the Centre Botin, which he commissioned, were completed in June 2017. It was his son, Javier Botín, the new chairman, who opened the newly housed centre in a magnificent light and airy modern building designed by Renzo Piano in Santander.

“From the beginning I wanted the building to fly,” said Piano. The building is formed of two lobes, pulled apart in the middle. One half, 2500 sq metres, houses international art exhibitions, the other contains workshops and a 300 seat auditorium in keeping with the Foundation’s aim to support and exhibit visual arts and run a broad cultural education programme including science and rural development. At the inauguration of the new centre, a large collection of Goya’s paintings were shown, together with a show of interactive installations by Carsten Holler and a selection of works from the Botin collection, including works by Mona Hatoum and Tacita Dean.

The Botíns’ own collection is one which has evolved over the last 40 years and specialises in contemporary art, relating in particular to the history of visual art. The artists represented comprise a broad spectrum of ideas and techniques and are a true testimony to today’s art.