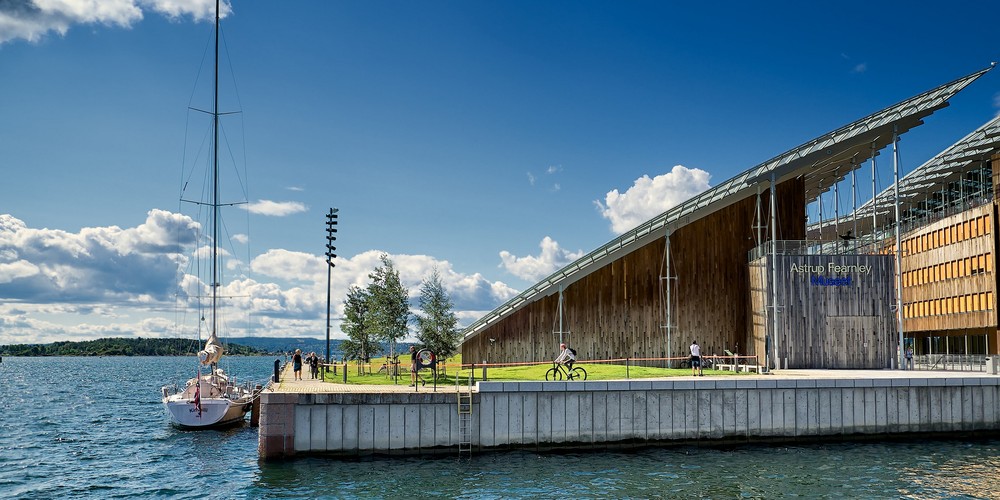 Since september 2012 the museum is located in its own Tjuvholmen skulpturpark, where it has more than 4000 m2 to its disposition for its collection and temporary expositions in the contemporary buildings designed by Renzo Piano.