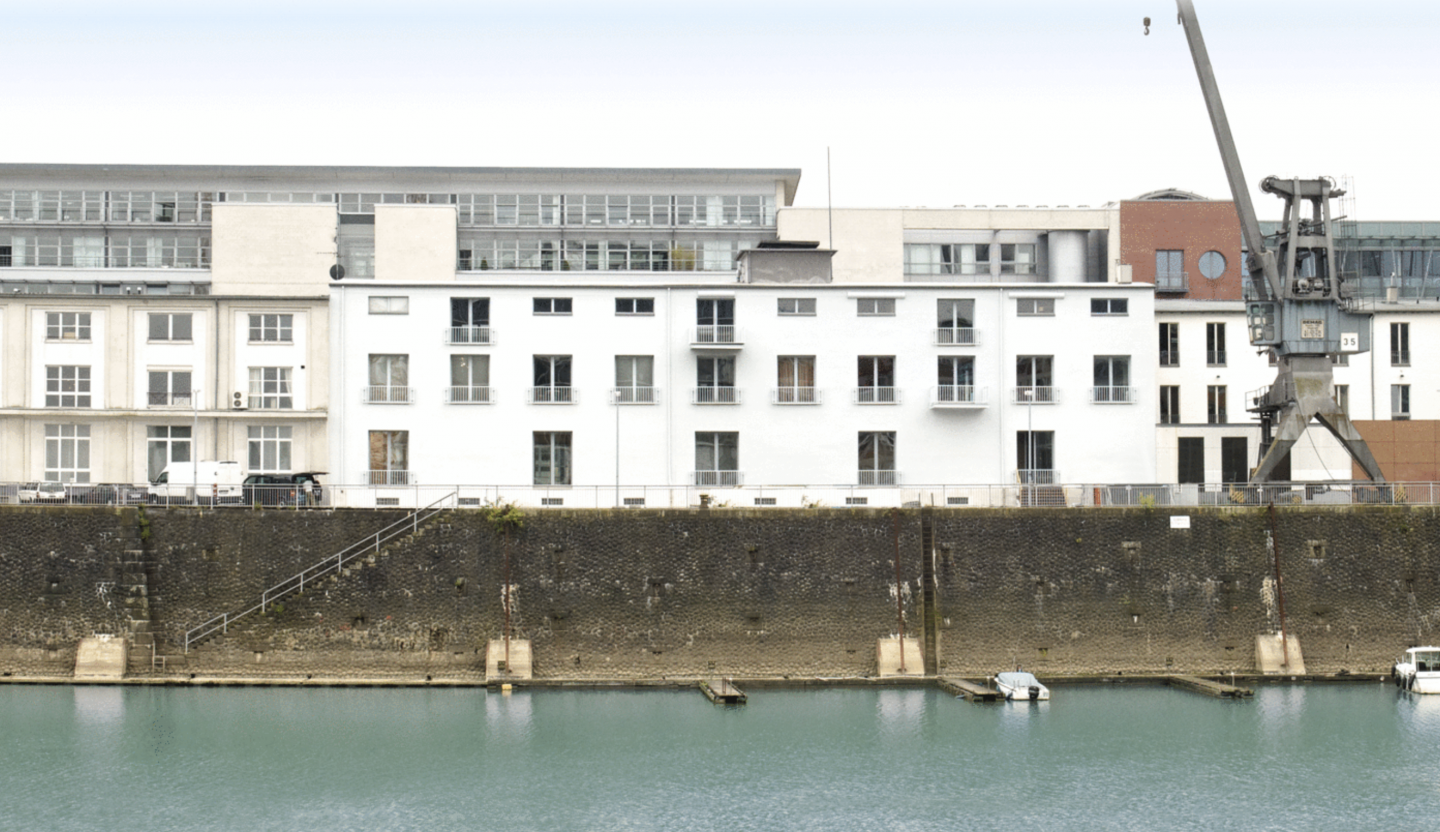 The history of KAI 10 | ARTHENA FOUNDATION begins with the vision of the Oldenburg entrepreneur Monika Schnetkamp to establish a new and independent space for contemporary art. In 2018 the non-profit Arthena Foundation that she founded along with the exhibition space it supports, KAI 10 in Düsseldorf, celebrated its tenth anniversary.

KAI 10 | ARTHENA FOUNDATION is a non-commercial art institution without its own collection. The exhibition space is located in a former warehouse from the 1950s on Kaistrasse 10, one of the few historical buildings remaining in Düsseldorf’s Media Harbour. With a floor space of more than 500 square metres, it provides an ideal setting for the presentation and realization of artistic ideas. KAI 10 is open to the public free of charge at regular hours and is thus conceived to supplement the other museums and art institutions in the region. Since its opening in September 2008, more than 250 artists have exhibited at KAI 10. World-renowned names are presented next to not-yet-established artistic positions, to be discovered time and again, not least in the local scene of the Rhineland. Numerous artists of the younger generation were featured at KAI 10 before becoming widely known over the last years.