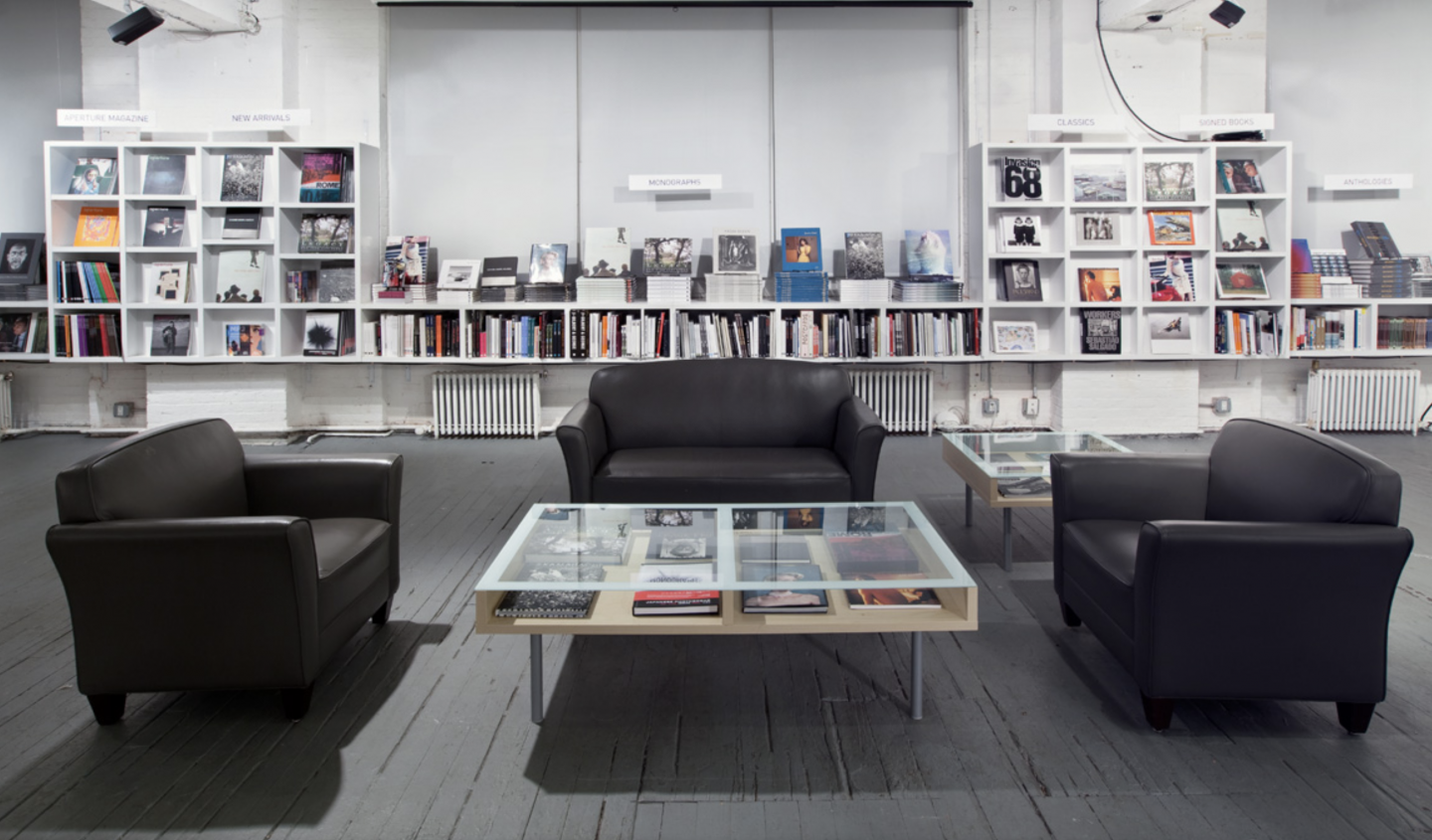 The Aperture Foundation was founded in 1952 in New York as a non profit forum for photography by Ansel Adams, Minor White, Barbara Morgan, Dorothea Lange, Nancy Newhall, Beaumont Newhall, Ernest Louie, Melton Ferris, and Dody Warren. In the same year, the magazine ‘Aperture’ was launched, it continues to be published with four issues each year.

Today, ‘Aperture’ is an international and local photographic centre and publisher of photography books with over a 600 titles in print. The first title they printed in 1965 was Edward Weston’s ‘ The Flame of Recognition’ which became a bestseller; Aperture’s monograph on Diane Airbus has been in print for more than 40 years.

In 2005, Aperture opened a three-thousand-square-foot gallery in New York’s Chelsea art district with an (inter)national, programme of projects and exhibitions. To mention a few of them: ‘Nazar: Photographs from the Arab World’; ‘Joan Fontcuberta: Landscapes Without Memory’; ‘William Christenberry, Photographs: 1961–2005’; ‘A Couple of Ways of Doing Something, images by Chuck Close’, ‘poems by Bob Holman’; ‘Lisette Model and Her Successors’; and the ‘Lucie-nominated Invasion 68: Prague’, photographs by Josef Koudelka.

Watch our interview with Director, Chris Boot, and hear about his key artwork by Nan Goldin “Ballad of Sexual Dependency”