Fondazione Sandretto re Rebaudengo: “Like A Moth to the Flame” 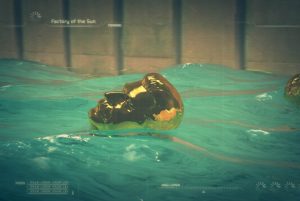 Come una falena alla fiamma (Like a Moth to a Flame) is the title of the great exhibition project realised together by OGR Torino and Fondazione Sandretto Re Rebaudengo, which opens next 3rd November at the premises of the two cultural institutes of Turin.

Come una falena alla fiamma is an ambitious project, signed by three outstanding international curators, for the first time called to work together and interact with Turin and its important artistic heritage: Tom Eccles, director of the Center for Curatorial Studies at the Bard College of New York, Mark Rappolt, chief editor of the British magazine Art Review, and the artist Liam Gillick.

The exhibition aims at providing a portrait of Turin through the objects that the town and its residents have collected. Come una falena alla fiamma develops as a path through the Collection of Fondazione per l’arte moderna e contemporanea CRT and the Collection of Fondazione Sandretto Re Rebaudengo, interacting with a number of exhibits coming from some of the town’s most important public museums like Museo Egizio, Palazzo Madama- Museo Civico d’Arte Antica, MAO – Museo d’Arte Orientale, GAM –Galleria Civica d’Arte Moderna e Contemporanea and Castello di Rivoli – Museo d’Arte Contemporanea, for the occasion all displayed at Officine Grandi Riparazioni and at Fondazione Sandretto Re Rebaudengo, blending contemporary art works and exhibits from past centuries.
The intersection of different languages will continue in the venues of some of the partner museums: Museo Egizio and Palazzo Madama will become exceptional exhibition spaces for some contemporary artworks.
The ensemble of the displays testifies Art’s capacity to continuously renovate ideas and generate new proposals. And with ideas of rebirth and renewal in mind, the exhibition exploits the coincidence of a birth and two anniversaries: the OGR inauguration, the twenty-fifth anniversary of the collection of Fondazione Sandretto Re Rebaudengo and the sixtieth anniversary of the Situationist International, which was founded after a gathering in Alba, not far from Turin.
With over 70 works of contemporary art and hundreds of artefacts coming from many collections of Turin, Come una falena alla fiamma provides a reflection over the importance of private bugs and individual obsessions and on the way in which, over time, these find their way into society, becoming part of the town’s cultural life.
The displays are arranged as a journey through space – with works and objects made in the five continents – and time – from Egyptian sculptures of the second millennium b.c., like the huge head of the Pharaoh Tuthmose, a Bible from Bologna of 1280, the II century b.c. funerary statue of a Chinese dame and some installations realised in the last year. Yet, as all the works are part of collections kept in Turin and its surroundings, the impression is that, in spite of its breadth, the journey ends where it began, and that the visitors, like the objects, have always been there.

The title of the exhibition originates from a work by the British artist Cerith Wyn Evans, a neon light circular text, In girum imus nocte et consumimur igni (2006) hanging at the entrance of the OGR exhibition. The title of the work is a palindrome, that is a phrase which reads the same backward as forward, saying the same thing with no preferential direction. The phrase contains a riddle: what “goes around at night and is consumed by flames? A possible solution is a moth.
Wyn Evans named his work after the title of the last film by Guy Debord (made in 1978, released in 1981 and later broadcast by the Italian TV) which is the starting point of the exhibition at the Fondazione Sandretto Re Rebaudengo. More political in nature, this part of the exhibition continues by exploring themes linked to the rebirth and renewal, among which the destruction that may accompany them (be it necessary or pointless).
Overall the exhibition, attempts to test Nietzsche’s notion that to endure the idea of recurrence one needs: freedom from morality; new means against pain […]; the enjoyment of all kind of uncertainty, experimentalism as a counterweight to this extreme fatalism; abolition of the concept of necessity; abolition of the ‘will’; abolition of ‘knowledge-in-itself’.” As is well known, in Turin Nietzsche was overwhelmed by insanity: in realising a portrait of the town, the works displayed at OGR and at Fondazione Sandretto Re Rebaudengo draw a map of the way in which generations of artists and collector have seen, built and rebuilt the world, to avoid this fate.