Fondazione Sandretto Re Rebaudengo: Flatform “History of a Tree” 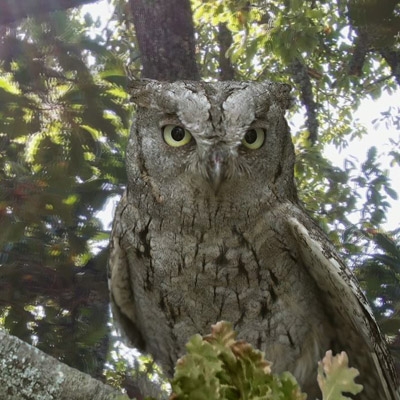 From July 18th to September 13th, Fondazione Sandretto Re Rebaudengo presents, in the project room, the video installation “History of a Tree,” conceived by Flatform. The work is produced by the National Museum of Cinema and is supported by the Italian Council of Mibact.
History of a Tree is a portrait and the subject is both a living non-human organism and the territory that it has lived in for a long time. The work has the ambition of becoming part of the field of portraiture, a fundamental component of the course of the whole history of art, rewriting, however, the nature of the subject, the methods of development and the technique of expression of the portrait. In fact, in this project the subject is a non-human living organism that is portrayed through moving images and sounds that have been localized in space, which then show the portrayed subject as an ideal witness to almost a thousand years of the history of an entire territory.
The tree at the center of the project is an oak born about 900 years ago, also known as the “Oak of the Hundred Knights”, and the place is an area around the town of Tricase.

This vegetal organism, marked both by a life in continuous growth and by an immovable fixed entity, is a perennial witness to the development of a place, that of its relevance, of the stories that have crossed its path in almost a thousand years and of cultures and languages that followed each other and that still coexist. These are stories of cataclysms, expansions and economic crises, of battles, technological achievements and struggles for emancipation but, above all, of everyday life. These are languages and cultures that speak of migratory flows at the origin of the current status of Europe.

The territory where this beautiful tree lives has been at the center of countless migratory flows of which the many languages still spoken today are tangible testimony: Arbëresh, Romani, Griko, Byzantine Greek, Hebrew, Yiddish, Turkish, Spanish, French and Salentino dialect.
The videoinstallation presented at the Fondazione Sandretto Re Rebaudengo is made up of a robotic sculpture which projects the film on all the surfaces of the exhibition space through a built-in video projector. The film moves in the room, 360° and on three axes, sliding on the four walls, as well as on the floor and the ceiling. In this way, the movement of the images returns, setting it in the entire exhibition space, the long plan-sequence that constitutes the film, faithfully reproducing the movements that the camera has made, through drones and steadycam. In doing so, the portrait of the tree and the history of the territory become a real inner skin of the space. Through the robotic sculpture, the duration of the cycle of movements of the projector coincides with that of the film, or approximately 22 minutes. The sound, spatialized through 8 sound sources arranged in the room, allows the visitor to immerse himself in the sound vortex, as well as in the visual one created by the video installation.

Flatform is a collective artist founded in 2006 and is based in Milan and Berlin. Flatform’s works are based on a coherent idea that starts from moving images. Their work develops along the line between art and cinema and moves between video, installations and what the artist calls video sculptures in which landscape, narrative structure and sound play a central role. Works by Flatform have competed in major film festivals including Cannes, Rotterdam, Venice, Toronto, and have been shown worldwide in art venues such as Centre Pompidou, Haus der Kulturen der Welt, Hirshhorn Museum, MAXXI Museum, Eye Filmmuseum, Wexner Center for the Arts and Garage Center for the Arts.