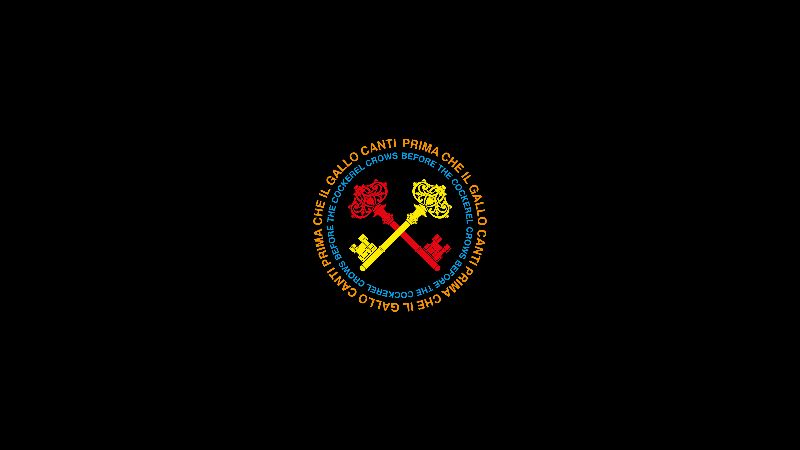 5 PM: Curators’ talk and presentation of the book Like a Moth to a Flame, Edizioni Corraini

Staged as a belated celebration the 25th anniversary of Fondazione Sandretto Re Rebaudengo (which fell in the midst of the global lockdowns of 2020), Prima che il gallo canti, curated by Tom Eccles, Liam Gillick and Mark Rappolt, mirrors the transformation of a private collection into a public-facing foundation, by examining, via a selection of significant works by international artists in the Fondazione’s collection, the manifold ways in which private thoughts and individual voices enter into public discourse and build notions of community. Themes that were also present in the 2017 exhibition Come una falena alla fiamma (jointly staged at the Fondazione’s headquarters in Turin and city’s OGR and also curated by the Eccles, Gillick and Rappolt curatorial team), to which the current exhibition serves as both a coda and a reimagining.

The exhibition is set within the magnificent Palazzo Re Rebaudengo in Guerene a hamlet in the countryside outside Turin. The palazzo was built during the eighteenth century and was renovated and expanded to accommodate the increasing ambition of the Fondazione Sandretto Re Rebaudengo’s exhibition and educational activities in 2006 while retaining much of its original character. As such, the exhibition follows a passageway of rooms, often domestic in scale with decorated floors and ceilings and organized around particular artistic pairings and juxtapositions including paintings, sculpture, installations and videoworks.

The exhibition title, “Prima che il gallo canti” or “Before the Cockerel Crows” derives from a 1948 collection of two novellas, Il Carcere and La Casa in Collina by Cesare Pavese, who was born in Santo Stefano Belbo in Cuneo, the same province that houses the Palazzo Re Rebaudengo. It picks up on the novellas’ themes (originally explored in the context of the latter days of the Second World War) of action vs inaction, safety vs risk, and the ways in which individuals either confront or flee from situations of catastrophe and chaos, balancing emotions of horror and optimism. These are, once again, the critical poles between which life in our current times is suspended.

Seen collectively, the works on show at the Fondazione critically investigate what role art might play with all this, with one eye scanning (nervously at times) our present surroundings and the other looking (optimistically) across new horizons, and speak to the common interests and local nuances confronted by a range of artists from across the globe.

Pavese’s title itself refers to Jesus’s prediction that St Peter will betray him three times ‘before the cockerel crows’ and, accordingly, the exhibition dwells on shifting perspectives, reversals and alternative points of view, as well as the ways that these are reflected in different media at different times. In a further iteration of the theme of the private becoming public, the exhibition expands beyond the walls of the Fondazione to encompass three churches, a private chapel and a former prison (carcere) located within the town, and is complemented by the opening of the Fondazione’s new outdoor sculpture site located on the nearby San Licerio hill.

The opening events of exhibition will also feature the book launch for Come una falena alla fiamma: an artist-designed book by Liam Gillick including texts by Anselm Franke and Hito Steyerl.

Booking is requested. To confirm your participation follow this link https://fsrr.org/en/book-your-visit/ or send an email to biglietteria@fsrr.org