Fondazione Prada: Torbjørn Rødland “The Touch That Made You” 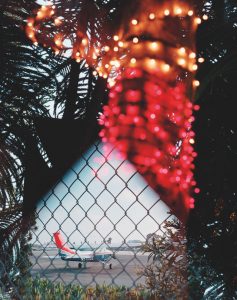 The project brings together a selection of over 40 photographic artworks and three videos realized between 1999 and 2016 by Norwegian artist Torbjørn Rødland.

As Rødland explains, the title The Touch That Made You is connected with analogical processes: “the touch of the camera, the touch of the light hitting the film, the touch of the liquids running over the film during processing. I’m linking that to the stickiness and intimacy of certain motifs—these encounters between two individuals or between objects and bodies.” Rødland works with analog photography, creating staged and detailed mise-en-scènes. Hence both an element of control over people and objects within the set, as well as an element of surprise and unpredictability, coexist in his creative practice, as the final result of his efforts is visible only once the image has been developed and printed onto photographic paper.

Renowned for his portraits, still-lifes and landscapes, Rødland intertwines a personal, poetic eye with the formal clearness typical of commercial images, through which he transforms anatomical parts, everyday objects and natural elements into ambiguous fetishes. His works provoke ambiguous feelings of repulsion and attraction, intimacy and foreignness towards the subjects portrayed. Rødland develops his images by isolating or producing visual conflicts: contrasts between materials, as in Frost no. 4 (2001), or The Geller Effect (2014); between physical conditions, as in Pump (2008-2010), or Candles and Cubes (2016); and between exterior aspects of two subjects being portrayed, as in Midlife Dilemma (2015), or Comb Over(2015-2016). Instead of illustrating a particular idea or communicating a theoretical position, the artist’s intention is to explore the symbolic potential of the photographic medium and the ways he can stimulate the viewer, forcing a confront with such opposites.

Torbjørn Rødland’s work is connoted by a strong component of self-reflection. His still-lifes and portraits, in particular, challenge the stylistic conventions of these two genres through visual inventions that integrate magical, surreal and subjective elements. In the artist’s words: “you could read my portraits—such as Hands and Eyes. Portrait no.1 (2008-2010)—with words or paint on them as violating the individual, but I see them as a violation or a challenge to the tradition of portraiture. I want to make portraits that point to something beyond the individual and so I am drawn to people whom I think can help me achieve that.”

Rødland’s photographs are exhibited on wooden structures characterized by monochromatic, flat surfaces on the inside, and rough, unfinished surfaces on the outside, set up on the two levels of the Osservatorio. The small projection room that concludes the exhibition route features, in succession, three videos shot by the artist over the course of the past decade: The Exorcism of Mother Teresa (2004); Heart All This & Dogg (2004); and I Am Linkola (2007).

This exhibition was initiated and organised by the Serpentine Galleries, London (presented September 29–November 19, 2017) and curated by Hans Ulrich Obrist and Amira Gad