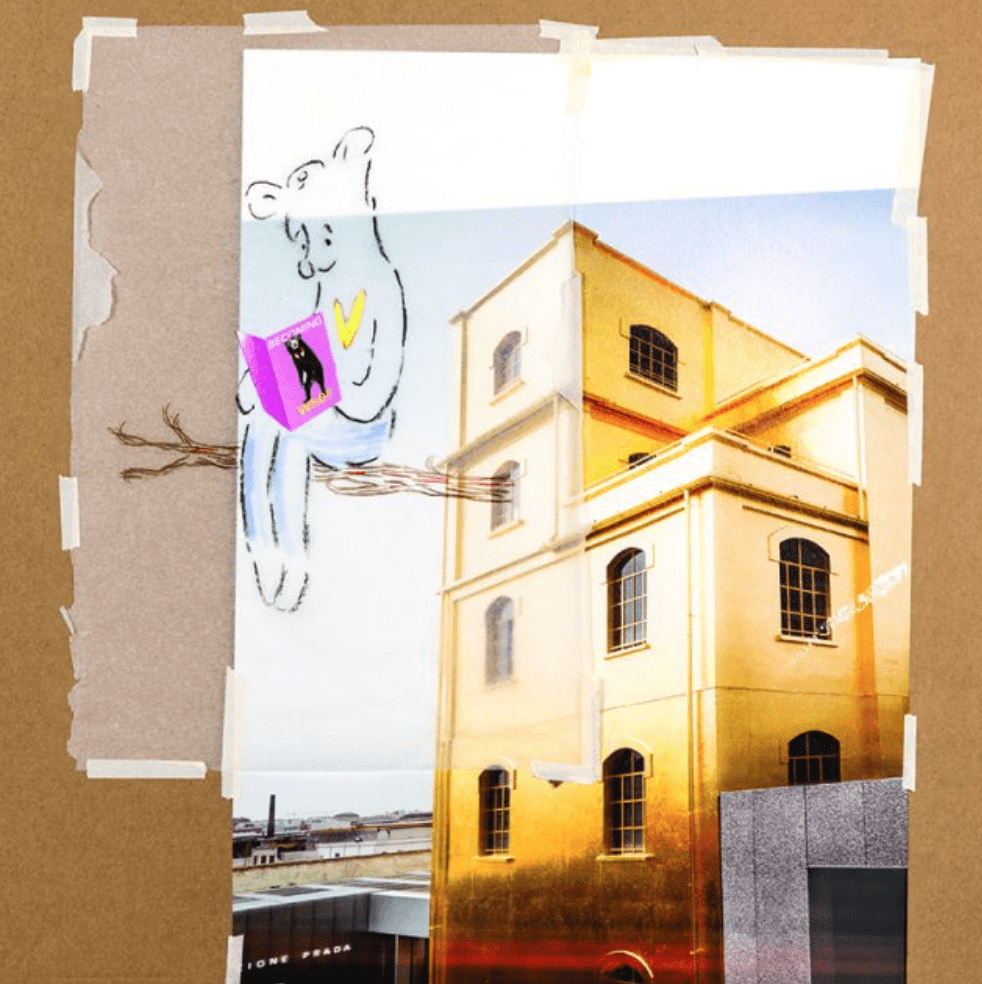 For this new site-specific project conceived for the ground floor of the Podium in the Milan premises of Fondazione Prada, Simon Fujiwara introduces audiences to the fairytale world of Who the Bær, an original cartoon character that inhabits a fantasy universe created by the artist. Who the Bær is a cartoon bear without a clear character – “Who” as they are known, seems to have not yet developed a strong personality or instincts, they have no history, defined gender or even sexuality. Who the Bær only knows that they are an image, and they seek to define themselves in a world of other images.

The world of Who the Bær is a flat, online world of pictures, yet one full of endless possibilities. Who the Bær can transform or adapt into any image they encounter, taking on the attributes and identities of those depicted within the image – human, animal or even object. In this sense the fantastical world of Who the Bær is a world of freedom: Who can be whoever they wish to be, Who can transcend time and place, Who can be both subject and object. Yet Who the Bær may never be able to overcome their one true challenge – to become anything more than just an image.

Who the Bær’s fantasy adventures are presented at Fondazione Prada in a giant labyrinth made almost entirely from cardboard and recyclable materials and forming the shape of a giant bear. As visitors travel through the bear-like installation, they are introduced to the basic design and formation of the cartoon character of Who the Bær before embarking on a series of adventures that follow Who the Bær around their fairytale world. Told through drawings, collages, sculptures and animations, we witness Who the Bær in their perennial quest for an authentic self.

Inspired by the tradition of fairytales as well as modern animation movies, Fujiwara uses the mechanisms of fantasy to explore some of the joys and traumas we face as a society possessed with images and spectacle.

The work of artist Simon Fujiwara (London, UK, 1982; lives and works in Berlin) is a personal exploration of the human desire that underpins tourist attractions, historical icons, celebrities, “edutainment,” and neo-capitalism. In this seductive yet fraught arena, his work reveals the paradox of our simultaneous quest for fantasy and authenticity in the culture we consume.