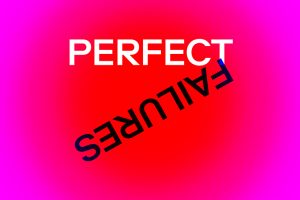 “Perfect Failures” is a joint curatorial collaboration between Fondazione Prada and MUBI to spotlight films that were widely misunderstood upon their original release. The film selection will be available from 5 April on the curated streaming service MUBI, during the temporary closure of the physical spaces of Fondazione Prada.

This cinematographic journey includes features box office flops, critical disappointments, shocking divergences from a beloved artist or films burdened with a difficult production, films ahead of (or ingeniously behind) their time, and the missteps of prominent directors. It proves that a movie’s original reception is not the final word on its true value, as happened to these films initially greeted with confusion, rejection and repulsion.

The global series will begin on 5 April with Southland Tales, 2006 by Richard Kelly and will go on to feature a curated line-up of titles for each country in which “Perfect Failures” is showing in. The overall selection will include, in addition to Southland Tales: A Countess from Hong Kong, 1967 by Charlie Chaplin; Fedora, 1978 by Billy Wilder; Night Moves, 2013 by Kelly Reichardt; Un divan à New York (A Couch in New York), 1996 by Chantal Akerman; and Showgirls, 1995 by Paul Verhoeven.

The collaboration with MUBI will strengthen the international dimension of Fondazione Prada’s film program, which will address an even wider community, from the public of a traditional movie theatre to a plural audience of “remote” spectators. Fondazione Prada will continue its research of new ways of viewing, opportunities of dialogue with other creative languages and forms of sharing with the public, that go beyond the sole enjoyment of films in front of a cinema screen.