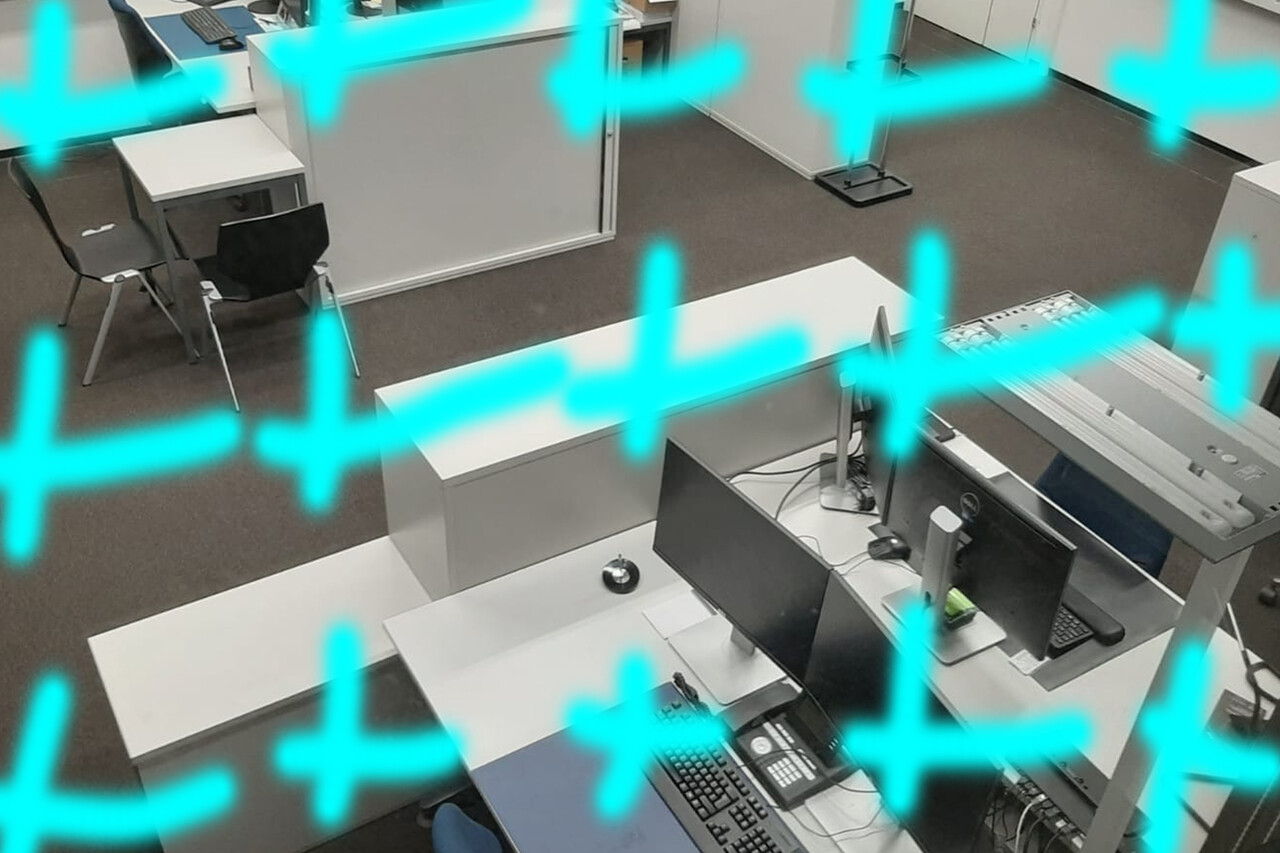 This exhibition does not focus on the final product – the advanced digital image – or artworks adopting these techniques, it rather investigates the production methods behind this powerful image economy. “Sturm&Drang” is a conglomeration of four environments – quotes of both existing or imaginary spaces – that usually host the ‘making of’ or the fruition of the CGI programming in contexts such as video games, science fiction, and hi-tech engineering.

On the first floor of Osservatorio, the visitor is confronted with two autonomous spatial conditions. The first one is a prototype of a First Person Shooter (FPS) setting. Military First Person Shooter (MFPS) is a weapon-based combat in a first-person perspective, widely used in video-games design and in military training. The second environment pays homage to the science fiction novel Neuromancer written in 1984 by American-Canadian author William Gibson, and considered a milestone of the cyberpunk genre. In particular, drawing inspiration from the first chapters of Gibson’s novel, visitors will encounter a series of coffins/rooms of the Cheap Hotel in Chiba, from where the cyber-hacker Case, the main character of the novel, connects to cyberspace.

The second floor of Osservatorio is occupied with walls full of monitors and samples of technical apparatus proposing a method to exhibit CGI material in the context of a museum space. The first part of the display is devoted to online tutorials realized to educate users of CGI production software. The tutorial files on view have been all edited and post-produced, in order to visually deconstruct their informative use they were originally meant for. Another environment focuses on the simulation of architectural spaces employing CGI systems and specifically on rendering production and manufacturing of 3D environments. This space is a combination of technological optical tables and easily mountable sleep space, conceived in reference to those limbo hours in which the graphic employer is resting while his computer-machine is rendering. Other screens show works by students of “Strum&Drang Studio”, a university course addressed to students at ETH Zurich Department of Architecture and held from February to June 2021.