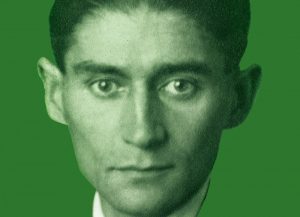 Fondazione Prada presents the exhibition K that features Martin Kippenberger’s legendary artwork The Happy End of Franz Kafka’s “Amerika”, accompanied by Orson Welles’ iconic film The Trial and Tangerine Dream’s late electronic album The Castle. Conceived by Udo Kittelmann as a coexisting trilogy, K is inspired by three uncompleted and seminal novels by Franz Kafka (1883-1924) “Amerika (America), Der Prozess (The Trial), and Das Schloss (The Castle)” posthumously published from 1925 and 1927. The unfinished nature of these books allows multiple and open readings and their adaptation into an exhibition project, that explored the novels’ subjects and atmospheres through allusions and interpretations.

At the heart of K lies Martin Kippenberger’s installation The Happy End of Franz Kafka’s “Amerika” (1994), on view at the ground floor of Podium and never exhibited in Italy before.

Based on the novel America published in 1927, the work re-imagines a section of the book when the protagonist Karl Rossmann, having travelled across America, applies for a job at the “biggest theatre in the world.” German artist Martin Kippenberger (1953-1997) explored the fictional utopia of universal employment, adapting Kafka’s idea of communal job interviews into an extensive artwork. The installation gathers a vaste array of objects and furniture, such as several tables and vintage design or flea market chairs and elements from previous Kippenberger’s exhibitions, in order to stage a soccer field for conducting mass interviews.

The second element of the trilogy is Orson Welles’ film The Trial (1962) based on Kafka’s book of the same title and to be screened at Fondazione Prada’s Cinema. Orson Welles (1915-1985) wrote and realized a dream-logic black comedy drama movie, considered by the critics as one of his masterpieces for its scenic design and cinematography. The combination of Kafka and Welles was defined by film critics as an “alliance of shockers.”

K is completed by Tangerine Dream’s album Franz Kafka The Castle (2013)­­ to be played on a loop in the Cisterna. This enclosed exhibition space will be transformed in an evocative and comfortable environment, where visitors can hang out and listen to the music by the German electronic music band founded by Edgar Froese in 1967.

As underlined by Udo Kittelmann, “America, The Trial, and The Castle form a ‘trilogy of loneliness,’ according to Kafka’s executor Max Brod. Seen in this light, we may also view K as a triptych, an exhibition that resembles a tripartite, triple-layered picture. The structure is therefore similar to that of a traditional altarpiece, with America occupying the large central panel and The Trial and The Castle the side panels. The three parts can be read together as a remarkable allegory of the vicissitudes of life, or, in Kafka’s words: ‘All these parables really set out to say merely that the incomprehensible is incomprehensible, and we know that already.’”