Torino, Italyuntil the 16th of september 2018 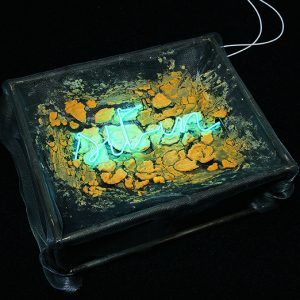 Continuing the Fondazione’s ongoing program dedicated to the work of Mario and Marisa Merz,

the exhibition Sitin  is the latest in the series of thematic presentations of his work. Previous exhibition’s themes include: drawing in 2010; pictorial production and its link to architectural design in 2011; and most recently, in 2016, La natura è l’equilibrio, which focused on the relationship between nature and culture.

On the 50th anniversary of the European protest movements of 1968, this exhibition explores a period full of creative ferment, which triggered new processes of transformation and renewed vision of the future, through a dozen historically significant works created by Merz between 1966 and 1973.

This change involved all aspects of culture, from literature to music, theatre, cinema, and the visual arts, which saw significant artistic movements coexist such as minimalism, arte povera, land and conceptual art, simultaneously contrasting the then emerging American art with the European scene. It has generated a climate rich in extraordinary sensitivity, a new existential model based on a constant commitment to the concept, presentation and distribution of the art of one’s own time.