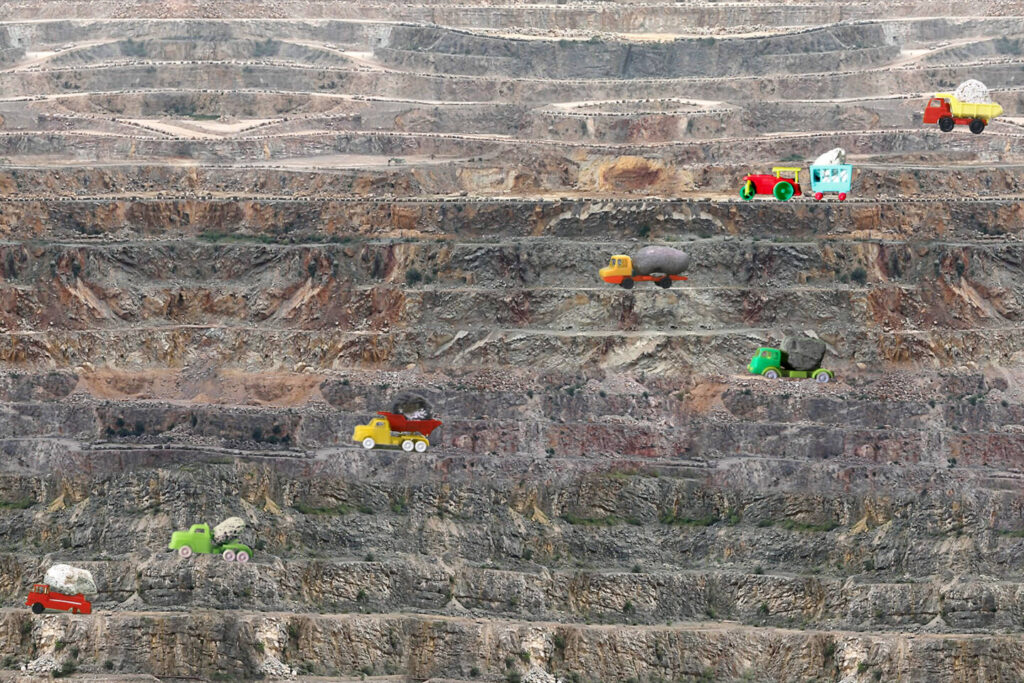 In Mineur Mineur, the artist, whose grandparents were Polish miners sent to work in the coalmines of northern France from the age of 13, draws upon her personal history to tackle the subject of child labour, which continues to deprive around 150 million children worldwide of their childhood, dignity and health.

“Given Bak’s sincere sympathy,” says curator Caroline Bourgeois, “a deeply honest and respectful desire to encounter human beings trapped in oppression and poverty, her work can be viewed and understood in an honest way. The goal is not to make herself – the artist – known, but to look with attention and humanity, through the unique lens of an artist, at the lives that could have been ours had we been born elsewhere.”

The Foundation’s seemingly infinite vertical space inspired Bak, who chose to juxtapose this monumental height with the abyssal depths of the earth. The whole installation, which centres on Mineur Mineur, plays on the perpetual alienation engendered by a dual reading of her works: an apparently playful regression to which the viewer is lead, where, however, innocence and brutality coexist relentlessly. The artist affirms yet again her predilection for the language of fairy tales – which underpins all her projects – for its reliance on artifice or ploys which reveal tragic destinies, contemporary truths, and social narratives which become a kind of memory archive binding the lives of the people she has encountered to the creation of a new, collective imagination.