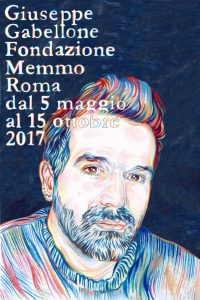 This is Giuseppe Gabellone’s first solo exhibition in Rome, thereby confirming the mission of the foundation to promote contemporary art through site specific creations and new works. Characterized by a strong formal rigor and a critical approach to traditional artistic media such as photography and sculpture, Gabellone’s work is particularly sensitive to the surrounding exhibition space and its various sensory aspects. The artist’s approach is a continuation of the tradition of great sculpture’s innovators, such as Medardo Rosso, Umberto Boccioni and Arturo Martini: by emphasizing the dynamic relationships between light and shadow, full and empty, the artist expands the concept of sculpture to other techniques and practices, addressing the central issues that arise from his activity, especially in those areas where the mediated experience attempts to replace direct perception. The exhibition Giuseppe Gabellone is characterized by a marked sensitivity to the context and conditions in which the artist’s works are exhibited, and he creates them in a close dialogue with the setting, intervening to produce an organic succession of works that is nevertheless always coherent and unified. Each work seems to contain the preceding one, and each new series of works raises questions that are at the foundation of the next creation, gradually evolving over the period during which the exhibition is held. The exhibition is thus perceived as an experience for generating new ideas rather than as the ultimate goal of the artist’s development so that references to past exhibitions and anticipations with those in the future become a key element for viewing Gabellone’s aesthetic approach in its entirety and for understanding his work in a coherent way.

With a strong visual impact, the interventions of Gabellone intended for Fondazione Memmo’s spaces break down traditional separations between the natural and artificial, the interior and exterior space. This is a synthesis of opposites in which the works do not seem to depend on the location so much as they respond to it, emphasizing the ephemeral aspects of the exhibition, such as its duration, its effects on the transformations of matter, and fragile equilibria between shadow and light. The visitor is initially disoriented by being in the middle of a rather barren space that is illuminated in a minimal way. It is a container that is modeled “by the force of reduction” and that has become an essential content, since this emptiness intensifies the relationship between the work, the surrounding space and the visitor. Each of the works on display, realized with the use of various different techniques and media, reveals a progressive deconstruction of the form and function of the language of artistic expression, emphasizing the necessity of sensory experience as a vehicle for intellectual experience.

Via Fontanella Borghese 56b