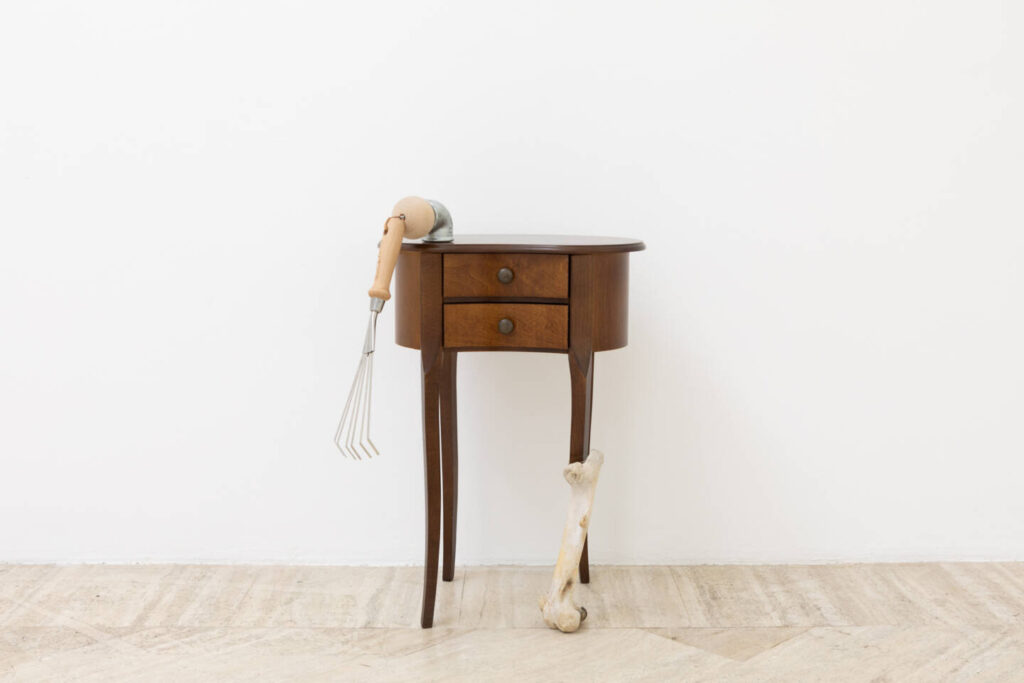 Quasi, curated by Francesco Stocchi, represents a new chapter in Amalia Pica’s practice, focusing on the analysis of the strategies implemented in communication and, more generally, on the use of language.

For years, in her drawings, installations, sculptures and performances, the artist has been exploring the dynamics through which we communicate a feeling or an idea to others. The public is often involved in her works, which invite both intellectual and physical forms of participation. In creating her pieces, the artist adopts everyday objects such as furniture, shoes, bottles and various utensils, used in a paradoxical overturning of semiotics and its rules.

For the exhibition at Fondazione Memmo, Amalia Pica presents a body of new sculptures, a continuation of the Catachresis series, focusing on the rhetorical device. A catachresis is a figure of speech by which we name things using metaphors. These are often connected to the human body.  The “table leg”, the “arm of the chair”, the “bottleneck” are a few examples of objects which were selected by Amalia Pica to make these sculptural assemblages. The extension of a word beyond the limits of its meaning reveals how language and images can interact, contributing to the definition of reality. The results comprise hybrid figures, a blend of objects in anthropomorphic or animal forms, thus “quasi” personalities.

And it is precisely this adverb – which expresses a condition that has not been fully achieved – that gives the exhibition its title. Quasi alludes to the intermediate stage of the artist’s sculptures, the outcome of paradoxical and incongruent grafts, through which Pica nevertheless manages to suggest figures and anatomies endowed with an unexpected grace.