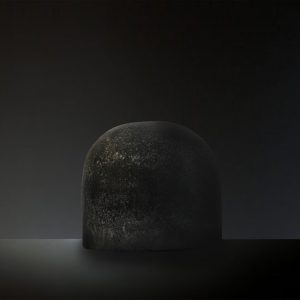 Following the success of its debut during The Venice Glass Week, this unique exhibition of glass artworks by the renowned stage director, designer and visual artist is held in the context of Glasstress 2017

For the first time in Italy, Wilson’s glass artworks arrive in Venice, overlooking Murano, the Island of Glass that inspired these pieces. In fact, it was his encounter with the glass maestro Lino Tagliapietra that sparked Wilson’s passion for glass. At the beginning of the 90s, Tagliapietra was often in Marseille, at CIRVA (Centre International de Recherche sur le Verre et les Arts Plastiques), and that was where Wilson started producing glass. On display as a collateral project of Glasstress 2017, Robert Wilson in Glass at the Fondazione Berengo includes a selection of his works, created from 1994 to 2003 at CIRVA.

Bowls, cylinders and domes, as well as inverted pyramids, lustrous and translucent, as well as dark and opaque, Wilson describes his experience with glass as a constant contradiction. Wilson says “I like ceramics but I much prefer glass because of its heaviness and lightness.” His glass pieces are the result of a subtle alliance of these contrasts.

From the theatrical stage to video projects, in every aspect of Robert Wilson’s oeuvre we can see a dreamlike environment of great visual and emotional impact derived from a very specific field: geometry. Glass is no exception. Curved lines express specific moments from Wilson’s life, made even more recognizable by the colours used. “They have memory,” says Wilson. The morning fog and condensation captured in the satin surfaces, the reflection of water, highlighted by flashes of metal, now occupy the beautiful spaces of Palazzo Franchetti, the stunning palace on the Grand Canal that is the official home of Fondazione Berengo and Glasstress 2017.

About Robert Wilson (b. 1941, Waco, Texas)
Stage director, designer and visual artist, Wilson has been acclaimed as “the world’s foremost avant-garde ‘theater artist.'” With a career spanning almost five decades, he is known internationally for pushing the boundaries of every discipline he works in, which includes choreography, painting, sculpture, video art and sound design. He has collaborated with artists, writers, musicians and performers like Philip Glass, Marina Abramović, Willem Dafoe and Lady Gaga. Wilson has directed and designed for the world’s leading opera houses and his visual works can be found in the permanent collections of the most prominent international institutions.